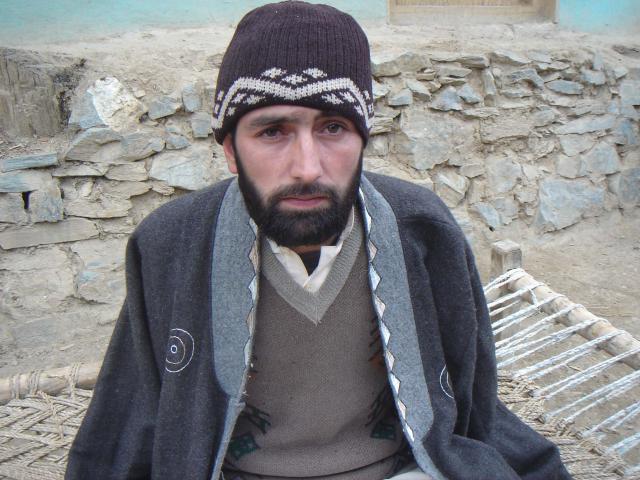 CHITRAL: A young boy who was disable during his duty appeal for compensation. According to detail Bashir Ahmad 26 was serving in Grid Station Operation (GSO ) staff as daily wages labor he was very honest person. On 14th August 2011 power supply from national Grid station Dir was disconnect to Chitral due to some fault in main transmission line of 11000 KV near Ziarat  passing through Lawari top. He was directed by his officers on telephone to immediately repair fault in main line to restore power supply to Chitral. He obeyed their order and went to site but when he climbed on pole and repaired the line unfortunately Grid staff from Dir supplied electricity by connecting its links as a result Bashir Ahmad was electrocuted and fell down after burning of his both hands. He fell down and became unconscious he was rushed to civil hospital Drosh and then to Chitral but his treatment was not possible here. He was referred to Hayat Teaching Hospital Peshawar where his both arms were cut from his shoulders and now Bashir Ahmad is totally disabled. He said that when I came in conscious I requested my doctor to inject me poison to end my life because how I can survive.
Bashir Ahmad came to his house and his service was also terminated. He having 5 sisters 1 youngest brother and aged parents. His brother also left the school because Bashir Ahmad need a supporter  day night for feeding him and to help him in washroom. His aged father goes to forest bring fire wood selling it to support his large family. His father said that Bashir Ahmad was also removed from service and only Chief Executive Peshawar Electricity supply company (Pesco) paid him only 50000 rupees and his monthly salary was also stopped. He appeal President and Primer Minister of Pakistan, chairman WAPDA, and philanthropists to restore salary or monthly pension of his son Bashir Ahmad who was disable during his duty as well as appoint his second son a permanent line man in Wapda and support them financially. Bashir Ahmad can be contacted through  Sharif Ahmad Ashriat phone No 0943-306628, 0943-482038
G.H. Farooqi C/O Manager bank Islami Main branch Chitral phone No 0943-320737, 316052, 414418  , 03025989602, 03337069572, 03159698446, 03469002167
Filed under: Health & Science, World
Share Tweet Pin G Plus Email
previous article: Army Chief Loses Battle in Supreme Court
next article: Osian Chlorophyll, giving Chennai the colour green