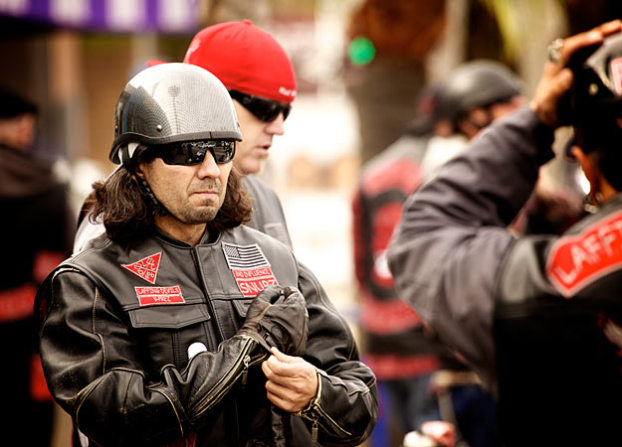 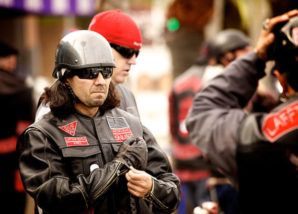 “Snubz” a Laffing Devils gang member and confidential informant who infiltrated Sin Mob to gain valuable intelligence information resulted in a trailer being blown up by members of the Laffing Devils, including Snubz himself and Danny Boy (seen cheering and laughing on the Devils ride TV show – as the trailer blew up) – somewhere near San Diego belonging to a reputed member of the Sinister Mob. As far as I have been able to confirm in this incident the San Diego Gang Task Force has not moved in to effect arrests on members of the notorious motorcycle club  – citing the fact that nobody reported the incident to them?. In talking with other law enforcement officials such an act could be classified as an act of “domestic terrorism.” An FBI official in San Diego, California said they were “monitoring the situation closely.” A Department of Homeland Security representative, who refused to be named in this report indicated he never heard of either club before? So much for DHS knowing what the hell was going on here?  The official did say he would look into the situation – for all the good that will do right now.

Discovery’s channel promotion of the reality TV show “the Devil’s ride” has been gaining some attention recently on LinkedIn – the World’s Largest Professional Network.

LinkedIn filed for an initial public offering in January 2011 and traded its first shares on May 19, 2011, under the NYSE symbol “LNKD”.

People commenting on the evolving war between the two rival motorcycle clubs noted both their disgust and concern that Discovery channel would stoop so low in their effort to grab ratings:

Mike Norwell on Police Connect says: “THEIR worst decision for a TV “reality” show ever. now we are gonna have to deal with the wannabe’s and copy cats as well as the real thing. stupid, stupid, stupid.”

Paul Feyerabend writes: “I think that both clubs are people that really need to grow up, or just go to prison if they get violent.”

These people were commenting on a Ground Report post called: War between Laffing Devil’s and Sin Mob could get ugly real quick! https://groundreport.com/war-between-laffing-devils-and-sin-mob-could-get-ugly-real-quick/