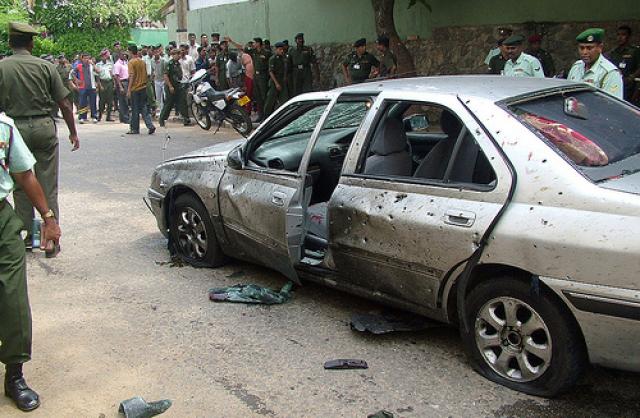 We all know there is a war going on in Sri Lanka although the government doesn’t want to say it in those exact words. Even today soldiers were killed in the East of the country by a land mine. The politicians are only worried about elections and regaining power and they are now preparing for another Eastern Election.  Here in Colombo life is normal except for random checks on cars and homes. There were some fear of bombs but we have not heard any explode recently. Due to this, people here have forgotten there is a war going on and lives are lost everyday. Each human life is precious be it of a soldier, a child, guerilla, or politician. Why value a life of a politician to be so precious when a mere citizen is just another addition to the number killed in the war. When it comes to the politicians, they are never treated as numbers, they have the honor of being identified and talked about. Each of those killed is a son/daughter,mother/father that will be missed by someone. So lets all stand up and fight AGAINST THIS WAR.