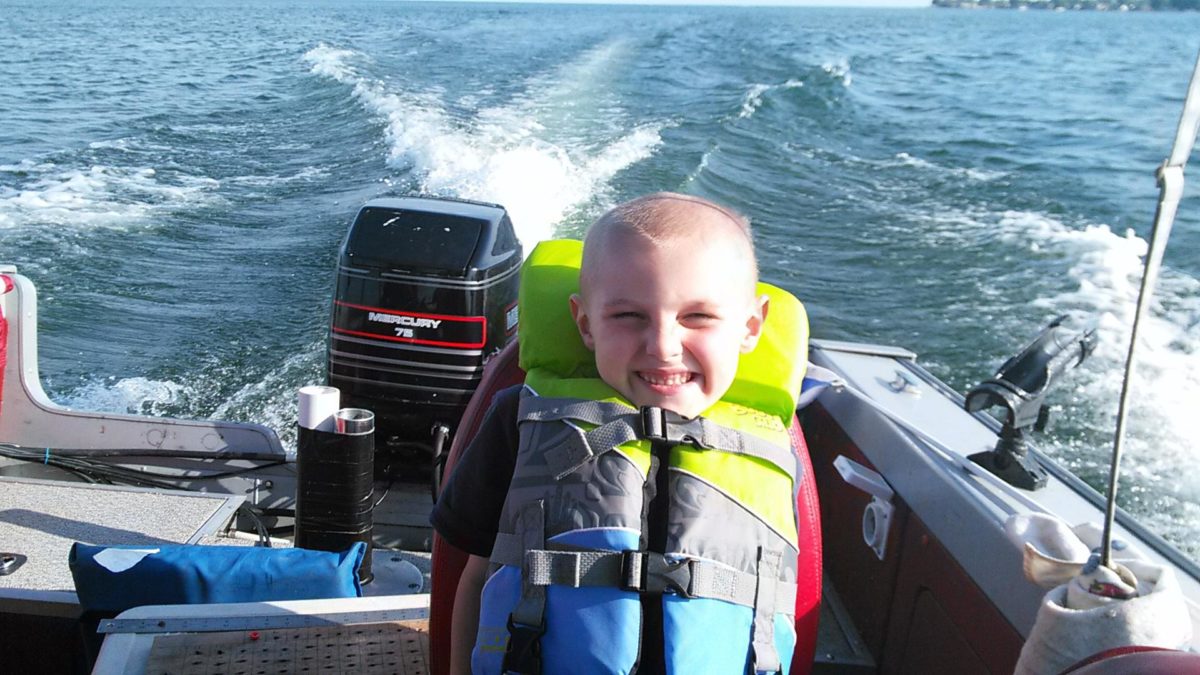 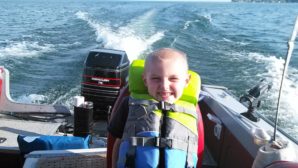 Children’s Hospital of Michigan became the first hospital in Michigan and one of a handful of hospitals in the country to successfully treat a child using a combination of surgery and “heated chemotherapy” to treat rare tumors in the abdomen.

Andrew Curtis, a six-year-old boy from Warren, Michigan, received the treatment after a biopsy confirmed he had a rare and aggressive pediatric cancer known as desmoplastic small round cell tumor (DSRCT). DSRCT is a rare and aggressive soft tissue sarcoma that primarily presents as multiple, often hundreds, of tumors in the abdominal and pelvic area.

Andrew’s mom Cherie says other than a surgical procedure to treat a muscle imbalance in his eye, Andrew was a typical healthy active little boy, but she became a little worried when she noticed his stomach was distended.

“We thought he had constipation, but after a few days my instinct told me to take him to the local Urgent Care Center,” Cherie says.

The local physician was concerned it may be serious after an examination and suggested he be taken to the emergency room at the Children’s Hospital of Michigan.

“He was seen immediately and things progressed very fast. We were devastated to find out that tests confirmed Andrew had this very advanced form of cancer,” she says.

Andrew was seen by a team of physicians on staff including surgeons and cancer specialists. His primary hematologist/oncologist Zhihong Joanne Wang, M.D., began administering chemotherapy treatment to shrink tumors, but Andrew was diagnosed with an advanced stage and treatment would be challenging.

“The tumor had spread throughout his abdomen with multiple small tumors which is typical for this type of cancer rather than having one single tumor mass. In our experience with this very rare cancer, the prognosis is extremely guarded unless the most aggressive form of surgery along with a newer chemotherapy approach could be performed with our multidisciplinary oncology team,” Dr. Wang says.

Cherie researched options for treatment and reached out to Andrea Hayes-Jordan, M.D., chief of Pediatric Surgery and Pediatric Surgical Oncology at the MD Anderson Children’s Cancer Hospital, who is the first surgeon in the country to perform a procedure on children using heated chemotherapy and surgery for those with DSRCT.

“Andrew and I flew out to meet with Dr. Hayes-Jordan and were thrilled she was willing to help,” Cherie says.

Dr. Hayes-Jordan suggested that the treatment be performed at the Children’s Hospital of Michigan, where she could teach surgeons there the technique with the hope of helping other children in the future.

Justin Klein, M.D, pediatric surgeon on staff, performed the combined treatment on Andrew in July, 2015 at the Children’s Hospital of Michigan. During the procedure Dr. Klein was guided by Dr. Hayes-Jordan.

Dr. Klein explains that traditional treatment for patients with (DSRCT) has had poor survival rates.

During the surgical procedure, Dr. Klein removed more than 400 nodules in the abdomen. The use of heated chemotherapy during the surgery can offer several advantages.

“During the surgery we can deliver the chemotherapy directly to the abdomen which is heated at 41 degrees Celsius (106 degrees Fahrenheit), throughout the abdominal cavity while the patient lies on a cooling blanket to keep the body’s temperatures at a safe level. The chemotherapy helps to kill any microscopic tumor cells that are left behind to maximize treatment. We are also able to deliver higher doses of chemotherapy using this method vs. intravenous chemotherapy treatment,” Dr. Klein says.

Cherie says the 12 hour procedure involving the heated chemotherapy and surgery went incredibly well. Andrew was off of pain medication just a couple of weeks after the procedure and he is enjoying playing basketball and keeping active.

“Words cannot describe how thankful we are to Dr. Klein and Dr. Hayes-Jordan for giving us the best course of treatment and not giving up on Andrew. They and the entire staff at Children’s Hospital have been incredible. Even though the diagnosis is very serious, we are extremely confident Andrew is receiving the best treatment possible to fight this,” she says.

“We feel confident that this procedure offers the best chance of survival for Andrew and hope to treat other children with abdominal tumors with this approach in the future,” Dr. Klein says.