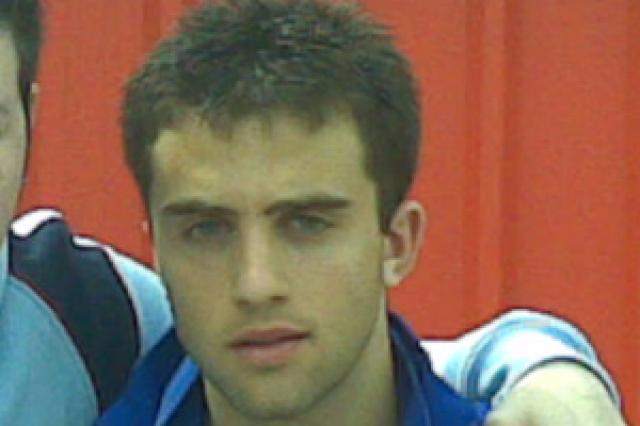 After years of having Landon Donovan being shoved down the American soccer fans’ throats, someone said something that could go against the status quo.   After years of people being told that he was the greatest thing to happen to U.S. soccer since soccer fans, ESPN host Rece Davis came up with a statement that was quite telling.

"It seems like the Great American Soccer Player plays for Italy."

Maybe I am over analyzing something that should be overlooked.  Maybe I am looking into a microscope at something that was meant as comic relief.  I should be considering other things, but in my mind I saw Giuseppe Rossi as the greatest thing to happen to the U.S. game since long distance goals.   Who in their mind would have thought that a boy from Teaneck, NJ would be scoring against the U.S. in South Africa?  Wow, life has some unexpected turns.  Maybe, but it was an eventuality that both countries would cross paths on the international stage and he would make his case to remove the "super sub"  label and begin to be considered for Starting XI consideration.  I had to wait a little and truly get my thoughts together and not allow his performance to short-circuit my logic.

When Rossi stepped onto the pitch, the dynamic of the game changed completely.  He was not the only reason why Italy all of a sudden took over the game.  He demonstrated the qualities of a player that has arrived in the European footballing elite.  Rossi has the fearlessness that Donovan lacks.  He was willing to make his dream come true.  He was willing to go at a very young age to Europe to make his dream come true.  Yet Rossi has the lack of publicity Adu drowned in.

Without a doubt Rossi is the best U.S. player around, some would say he is the best player ever.  We live in the country of statistics; they make you who you are.  In recent years, Rossi has been one of the biggest scorers in Spain the past two seasons and finally found a place as the conductor of the Yellow Submarine.    Many would say Donovan or even could argue that his Villarreal compadre Jozy Altidore is worthy of that title.  But Rossi is the créme de la créme of U.S. soccer players.  Yet there is one issue that U.S. Soccer will not be able to overcome, even if they win every single World Cup until the end of time.

As I mentioned before, I might be analyzing something that was a moot point the day young Pepe kicked a ball.  From the time he was a tiny boy he pretended he was Roberto Baggio, Salvatore Schilacci or Christian Vieri.  Now that I think of it, maybe he even pretended he was Giuseppe Rossi with the Azzurri.   For Pepe it was all about the Azzurri, it was his childhood dream.  For him as well as millions of other kids that dream of the day they will play for Mexico, Argentina, Colombia, Brazil, Italy, Poland, Germany, or whatever team is in their blood is alive and well.   That is why I cheer for Pepe, because like many of us here in the U.S., he’s living the dream.

Am I bashing Donovan?  No.  The L.A. Galaxy star made his bed and slept in it.  He knew what he wanted and went for it.  That is fine with me.  He’s living his dream.  He has also scored close to 50 more goals than I will ever score at the international level. Man, it’s all about live and let live.  But let’s not have it both ways.  Let not say that we are the greatest when we do not face the best competition week in and week out and shine on a consistent basis.    But when you compare it to Rossi’s trajectory through four clubs until finally establishing himself at Villarreal, there is no comparison.

By no stretch of the imagination am I calling Rece Davis or most of the people at ESPN soccer guys… but maybe out of sometimes ignorance is bliss, and out of bliss come clarity.