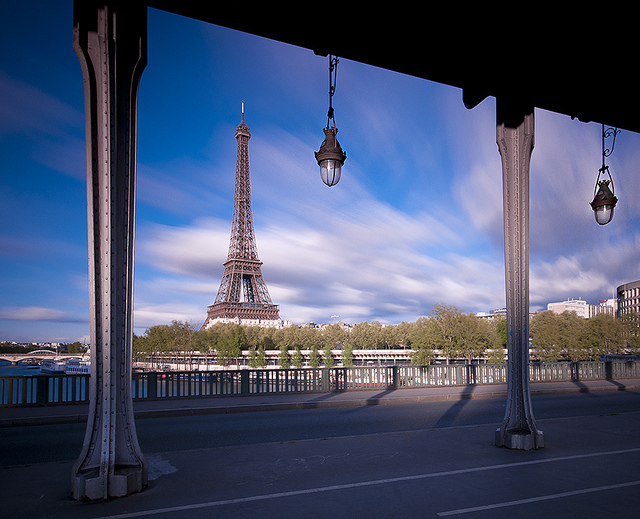 In 2007, the election of Nicolas Sarkozy was a delight to the United States, as he is seen as pro-American. Bush, who had met at the White House a few months earlier, in September 2006, offered  Sarkozy the favor of a rare invitation to the family home in Maine, Kennebunkport in August that same year. In November, on the occasion of an official visit to Washington, the French President agreed to support the US war effort in Afghanistan when he instead held that perspective before his election. Consistent with the decision to back the initiative of France to the integrated command of the North Atlantic Treaty Organization (NATO), announced in June 2008.

But when the National Security Agency (NSA) began to spy on some of the highest authorities in the world, France fell onto its radar in 2006, according to the documents published by Liberation on June 23, Mediapart and WikiLeaks – the French-American relations were raised to revel a commanding crisis. The relations between Syria and Iraq were strenuous at best at the time the United States invaded in March 2003 without having the go ahead from the United Nations, and was in part because of the resistance put up by France in the Security Council. Trust between President Jacques Chirac and George Bush had not survived an improvised press conference imposed by the French to his counterpart in May 2002, during a visit to France, during which he lectured him.

The 2008 election of Barack Obama, a less interventionist president found himself in Washington that November and did not want to undermine the cooperation between the two capitals, face first to the subprime crisis in the wave of “Arab spring.” The strategy of leading from behind then characterized the Franco-British military engagement in Libya, based on the indispensable American logistical support. Cooperation which applies to both presidents as different from each other that one can imagine.

These links are essential and not forced by the arrival of Francois Hollande at the Elysee Palace in 2012. Washington didn’t hide their satisfaction with France to have had a phrase to borrow and use in Washington to describe the United Arab Emirates in the Middle East. The French intervention in Mali, in January 2013, confirmed the reliability of Paris in the eyes of the US administration. Paris was nevertheless taken aback by what President Obama had to say about Syria, on August 31, while Hollande advocated military intervention against the regime using chemical weapons, internationally and understandably banned.

The disappointment came when Washington tried to respond by organizing an ostensible state visit for President Hollande, in February 2014. Washington also failed to show the proper respect to Paris when expressing on the issue of Mistral, these warships sold to Russia before the Ukrainian crisis during Charlie Hebdo. In return, France minimized this American misfire in the beginning of 2015 and the absence of an appropriate official with Mr. Holland when walking on 11 January after the terrorist attacks in Paris.

Differences do exist between the two capitals on Syria, but also in Iran. France does not hide this criticism of US precipitation will conclude at all costs. The resolution that France wishes to see adopted by the United Nations would be to revive a process of Israeli-Palestinian peace is also included. But the partnership between Paris and Washington was pushed to this level in recent years that it is unlikely that the revelations of June 24 rely deeply involved. However, ultimately Ned Price and the French of the National Security Council are considered indispensable partners.