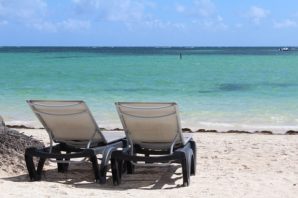 Short Story from the Corner of Barbara Kasey Smith’s World:

I’m dreaming I’m lying in wait at a bird sanctuary on the banks of the Chesapeake Bay to watch a bald eagle return to its nest. I love to watch an eagle soar high in the sky; dipping occasionally into the deep waters for fish, and aggressively keeping watch on its territory at the same time. I know, once bald eagles are paired, they remain together until one or the other dies. I cannot tell if the eagle I’m watching is a male or a female returning to the huge mound of twigs, wood, etc., built atop an abandoned partial pier in the water.

I’m unaware baby eaglets are tucked tightly in their nest awaiting the return of their mother for food. It doesn’t take long before I know it’s a female eagle as my eyes are set on the nest while I watch a magnificent sight of a mother eagle transporting nourishment to her young eaglets. She watches for prey as she feeds her family, reminds me of the care I use to provide for my children when they were young. Her poise and affection exhibits through like a mother with her first newborn babies.

My heart beats with a fondness as I watch this mighty majestic bald eagle tenderly showing affection and care for her eaglets. The eagles love and care reminds me it bears a resemblance of a human’s love for their young. The whiteness of her head shines as she flicks her head back and forth while setting on the nest. Piercing eyes scan the entire area near her kingdom and peacefulness appears to have calmed her fears. She’s cuddling her young with mighty wings that are powerful and strong like she’s daring an enemy to even think of attacking her empire.

I remember reading eagles’ nesting cycle is approximately 20 weeks and there are one to three eggs in a nest. I envisioned there were six eaglets in the nest and it caused me pangs not to really know the true amount. I dream a prey is trying to attack her domain while setting high on her throne. The fight is vicious and cruel; the eaglets remain tight against their mother’s wings. No mother is going to allow her eaglets to be harmed while she’s in a fight with a predator. I’m trying to help but my hands are tied behind my back…I struggle, but she’s decided she’s there until the bitter end; even if, it means her death and she doesn’t need me.

I dream I capture all of this on video to place on the Internet for the world to see. A voice is heard from the next room and I realize I’m dreaming…I don’t see a bald eagle or a nest full of eaglets and I’m not lying in a bird’s sanctuary.

Oh, phooey, phooey, I don’t remember the ending. “Bob, why did you wake me up, I was watching a bald eagle protecting her eaglets and I was trying to help her?”

Short Story by Barbara Kasey Smith – Copyright 2012 – Use by Permission Only.