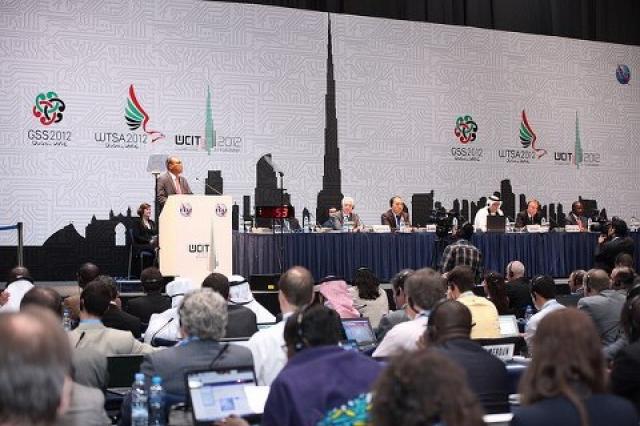 December 4 2012: The World Conference on International Telecommunications (WCIT) 2012 has officially begun from Monday here in Dubai. The event was participated by 1000 people from over 130 countries.  Speaking at the opening ceremony, Dr Hamadoun I. Touré, International Telecommunication Union (ITU),Secretary General said, “This conference is not about ITU takeover of the Internet, it’s about the need to work together with the Internet community, the need to reach consensus and the need to address the very real concerns of developing countries.”

He spoke along with a recorded speech from the UN Secretary General, Ban Ki Moon, the WCIT Chairman, Mohamed Nasser Al-Ghanim, and ICANN CEO, Fadi Chehade.

Similarly, ICANN CEO Chehade emphasized the importance of engagement and the commitment of the Internet community to cooperate with the ITU while also respecting our distinct roles.

The WCIT 2012 is a meeting to the ITU to review the new International Telecommunication Regulations (ITRs). The ITRs form a binding international treaty dealing with the definition of international telecommunications services, cooperation between countries and how to calculate charges for traffic exchanged between carriers in different countries. They have not been revised since they came into action in 1988. The WCIT will re-negotiate the rules as the ITRs currently govern international telephone, television and radio networks only excluding the internet.