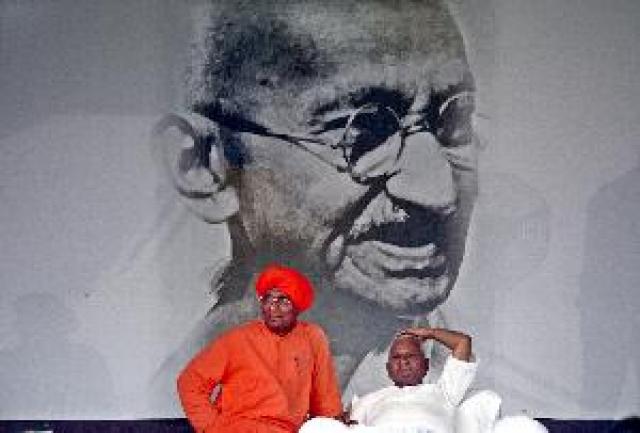 I want to quote preamble of Radio & Television News Directors Association (RTNDA) which says professional electronic journalists should operate as trustees of public, seek the truth, report it fairly and with intrigrity and independence and stand accountable for their actions.. professional electronic journalists should recognize that their first obligation is to public. During the 12 day Anna Hazare led anti-Corruption campaign in New Delhi’s Ramlila Ground and India Gate, the media particularly the electronic media came under fire for allegedly fanning Anna’s Movement. Members of Team Anna often mocked politicians from the stage. Even retired IPS (Indian Police Service) Kiran Bedi had accused politicians of wearing masks and even mimic them. Though, we can not ignore the social significance of the movement, we could not or should not shrug off the role of parliament and parliamentarian in Democracy. After all, parliamentarians are elected by the public. Only mocking politicians is not solving the problem. After all, we can not wipe out corruption by merely passing a law.
Anna Hazare on Sunday (August 28) ended his 12-day-old fast after getting assurence from the parliament that the Standing Committee would consider Anna’s three demands – including the lower bureaucracy in the Lokpal’s purview, a central law for creating Lok Ayuktas in states and a citizen’s charter for government departments providing public service.