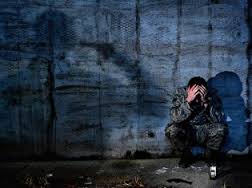 On February 2, 2015 Senator Mitch McConnell of Kentucky asked for and was granted permission to address the United States Senate regarding veteran suicides. More specifically the Clay Hunt Suicide Prevention for American Veterans Act:

The legislation we will vote on tomorrow will provide more of the suicide prevention and mental health support our veterans deserve. It will help veterans transition from Active-Duty service. It will take steps to improve the effectiveness of programs to help heroes in need.

This bill has already passed the House unanimously. I hope we can achieve a similar result in the Senate and send this bipartisan legislation to the White House for signature.

Filed under: News, US
Share Tweet Pin G Plus Email
previous article: “Human sex trafficking continues to be a major problem plaguing both America and countries around the globe”, warns Rep. Thompson
next article: “By the way, ISIS said they are coming our way”, warns Senator Harry Reid while arguing for funding for DHS