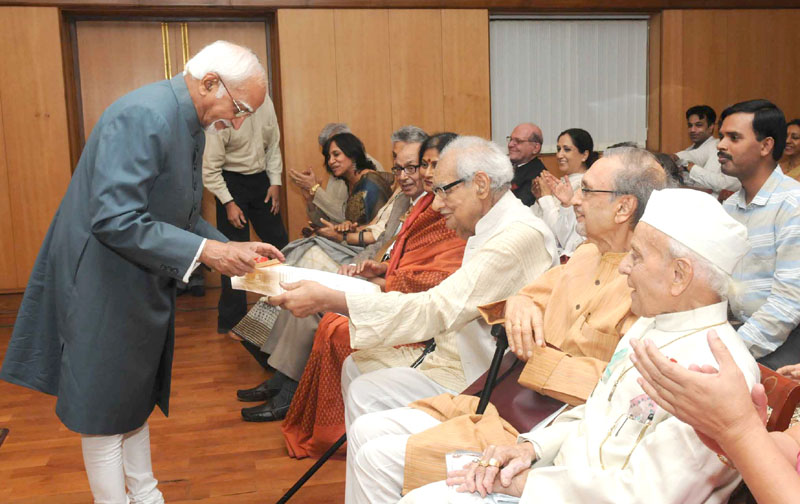 New Delhi (PIB-GR-TYP-BIN): The Vice President of India, Mr. M. Hamid Ansari has said that we should be vigilant against forces that seek to exploit our diversity in religion, language and culture to divide our people. He was speaking, on April 19, after giving away the Chisti India Harmony Awards 2015 instituted by India Harmony Foundation.

The Vice President said that our constitutional values of secularism and liberty of thought, expression, faith and worship are, premised on the existential reality of our society and India has, for centuries, provided a unique social and intellectual environment in which many distinct religions have not only co-existed peacefully but have also enriched each other. Thus, religious harmony and acceptance, and not mere tolerance, are the bedrock of India’s secularism and composite culture, he added.

He further said that it is the solemn duty of the Government to make every possible effort to protect and promote secular values and provide equality of opportunity to all religions.