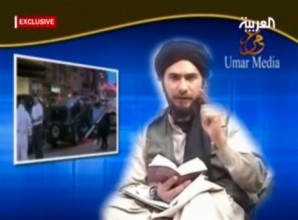 “We (the words of the Quran) have not come down except in accordance with the command of your Lord. To Him belongs our past, present and future. And your Lord is never forgetful…” Quran 19:64

Suicide and murder are strickly forbidden in Quran.

The Quran is most clear on this and says in respect to suicide: “Do not, by your own hands, throw yourselves into destruction.” Quran 2:195.

The Quran also says “…You shall not kill yourselves…Anyone who does this transgression, maliciously and deliberately We (God) will condemn them to the Hellfire!” (4:29-30).

With respect to the question of murder the Quran says killing or murdering one innocent human being is the equivalent to “killing everyone in the entire world.”  Likewise saving one person from being killed is as if you saved all mankind (5:32).

The Quran doesn’t allow or sanctify the murder of innocent people regardless of his or her religion!

As such the Quran can be used as a weapon against the terrorists, who advocate the murder and suicide of others in the name of Islam.