Ramadan comes but once a year, and Moroccan bloggers (like those in Egypt, Libya, and elsewhere) are gearing up for the month ahead.

Lovefrom1stbite shares a recipe for the delicious Ramadan treat chabakia, including a picture of the treats cooking: 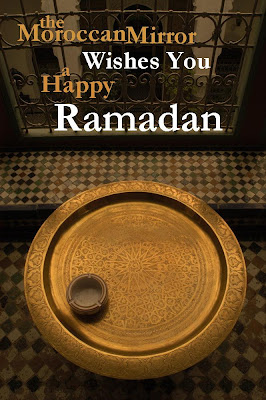 This year, Ramadan in Morocco will start a day later than in most of the world. Morocco, Mauritania, and Iran all determined Ramadan to start Tuesday, a fact which leaves some bloggers puzzled. 27monthswithoutbaseball, a Peace Corps volunteer in Morocco, says of the delay:

So, Ramadan didn’t begin today after all, at least not in Morocco. It doesn’t really make sense to me – after all, scientists can predict moon phases with complete accuracy from now until the end of time – but they have to wait until the imams say it’s Ramadan. I guess it makes more sense knowing that in every country it’s different – Ramadan started yesterday in Algeria, Tunisia and Libya, today in Egypt and most of the Arab world, and will start tomorrow in Morocco, Mauritania and Iran. Who knows, maybe the moon does look a little different in every country. Science doesn’t always have all the answers. We did change the time last night though – back to old time!

North Africa Notes, also a foreigner in Morocco, commented on her feelings after hearing the news that Ramadan had not yet begun:

But today, Monday, sure felt like Ramadan, I think people were so ready for it to be announced as starting today that it was hard for them to get into eating. As I ate a group breakfast with my friend’s family we commented on that, it just felt kind of weird to be eating. We were all happy though that the Moroccan government had decided to repeal Daylight Savings time as of this morning,in order to make Ramadan a little easier on everyone ,they said. So we put our clocks back to how they were before and gained an hour. 10 am became 9 am. Sunset is now at 7 instead of 8, Alhamdulilah.