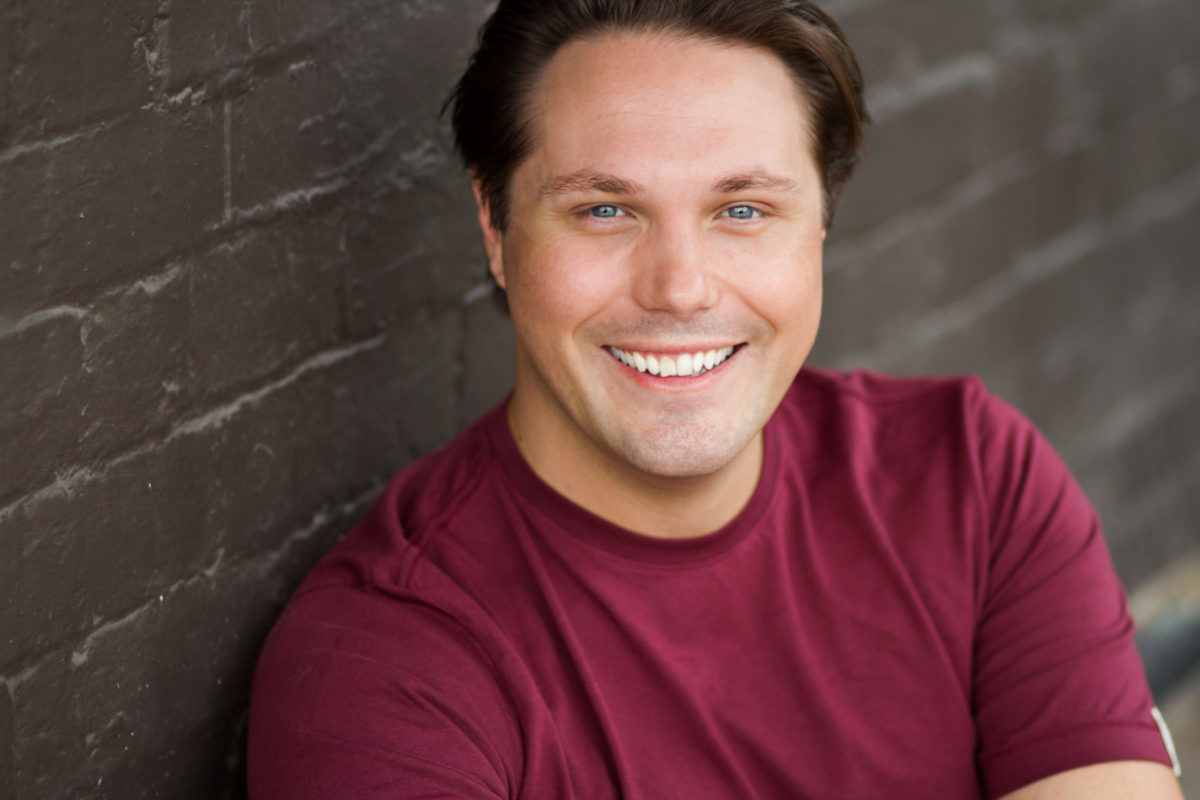 Recently, I had the opportunity to sit down and visit with Australian actor, Caleb Chernysh, a sought after talent in the entertainment industry. During our visit, Chernysh offered a glimpse into the life of a working actor, discussing everything from who and what inspired him prior to achieving recognizable fame, to what it’s like seeing his own face all over television and the web. 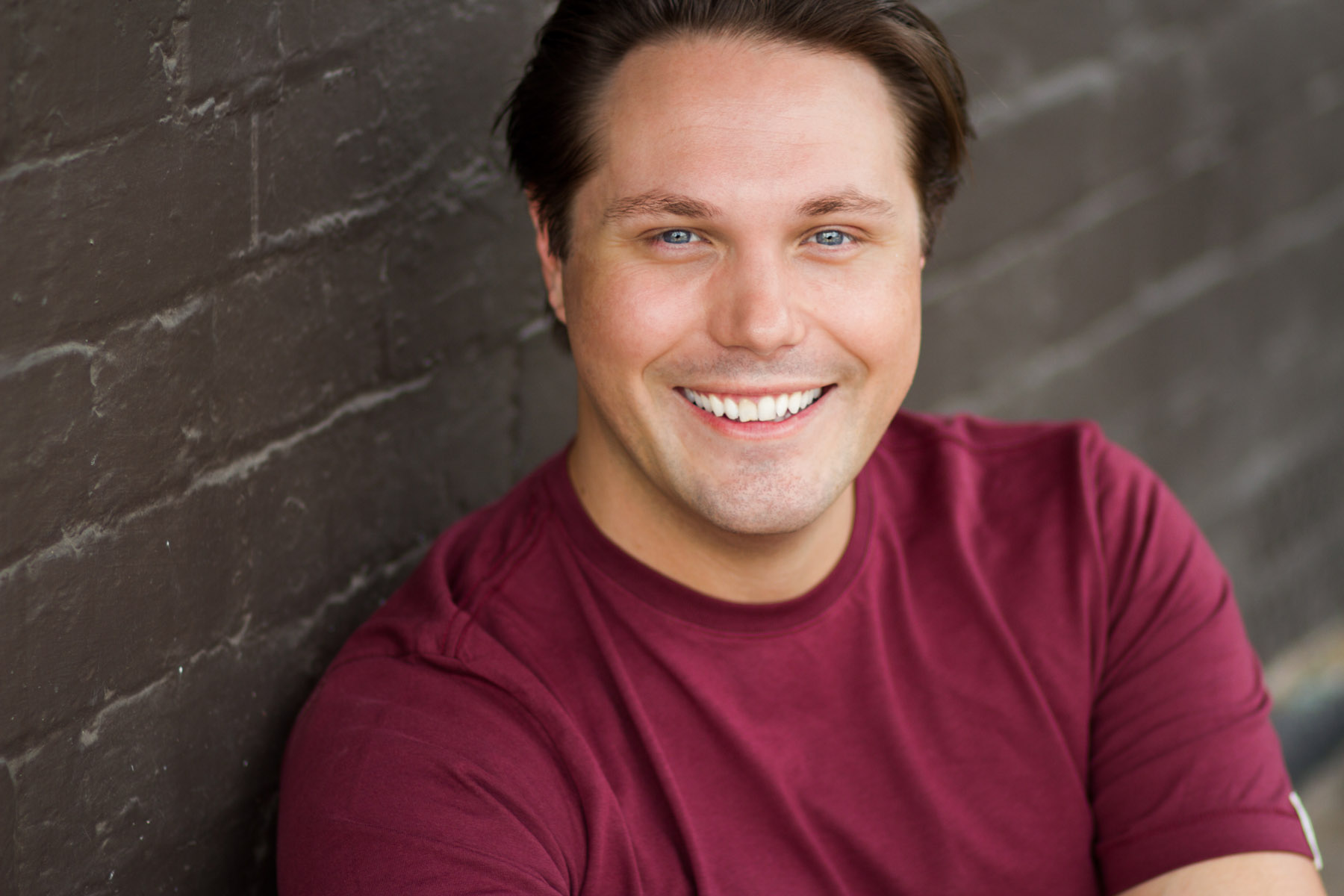 While he is currently working on his own YouTube Series, Chernysh has previously appeared in film, international commercials, episodic television and theatre performances. A true definition of an artist, Chernysh’s persona encompasses the demeanor and skills necessary to reach success.

In our detailed interview below, Chernysh has shared exclusive stories and background information regarding two projects in which he’s starred: “SeaChange,” a short film, and “Annoy Your Mates,” an Australian-based commercial. Check out what he has to say in our exciting, one-on-one conversation!

Where are you currently located and where are you from originally?
CC: Currently I am in Sydney Australia. I was born in Melbourne and grew up in the Blue Mountains. We lived on a farm, and from a young age learned to be self-sufficient. I was also an only child, so my imagination went wild with all the space.

Which entertainment industry professionals inspired you early on in your career? What made you want to become an actor?
CC: My grandparents were the first people to inspire me. He was a musician and she was a dancer. I was always in school plays growing up. Also, Emmy-nominated International casting director, Tom McSweeney, also inspired me as well. I’ve wanted to become an actor since I was a small kid. I love how I can create a character and make people go on a journey full of emotions with the character.

Your work spans both TV and film. Have you noticed any differences between working in either?
CC: TV is faster paced and has a multi camera set up, whilst film is generally shot on one camera and you can take more time to develop your character. Both are quite fun to work for. I’m quite a versatile performer. I have done theater, commercials, industrials and as mentioned, film and TV.

Tell me a little bit about your short film work. You starred in a short film called “SeaChange.” Who do you play and what’s the film about?
CC: “SeaChange” is about a family moving do a new place after one of their son’s who is a twin dies. The other twin son sees his brother everywhere. I play the father, James, and I’m consoling my wife and telling Luca, the son, that he has a vivid imagination. Until the end, when he sees his son. 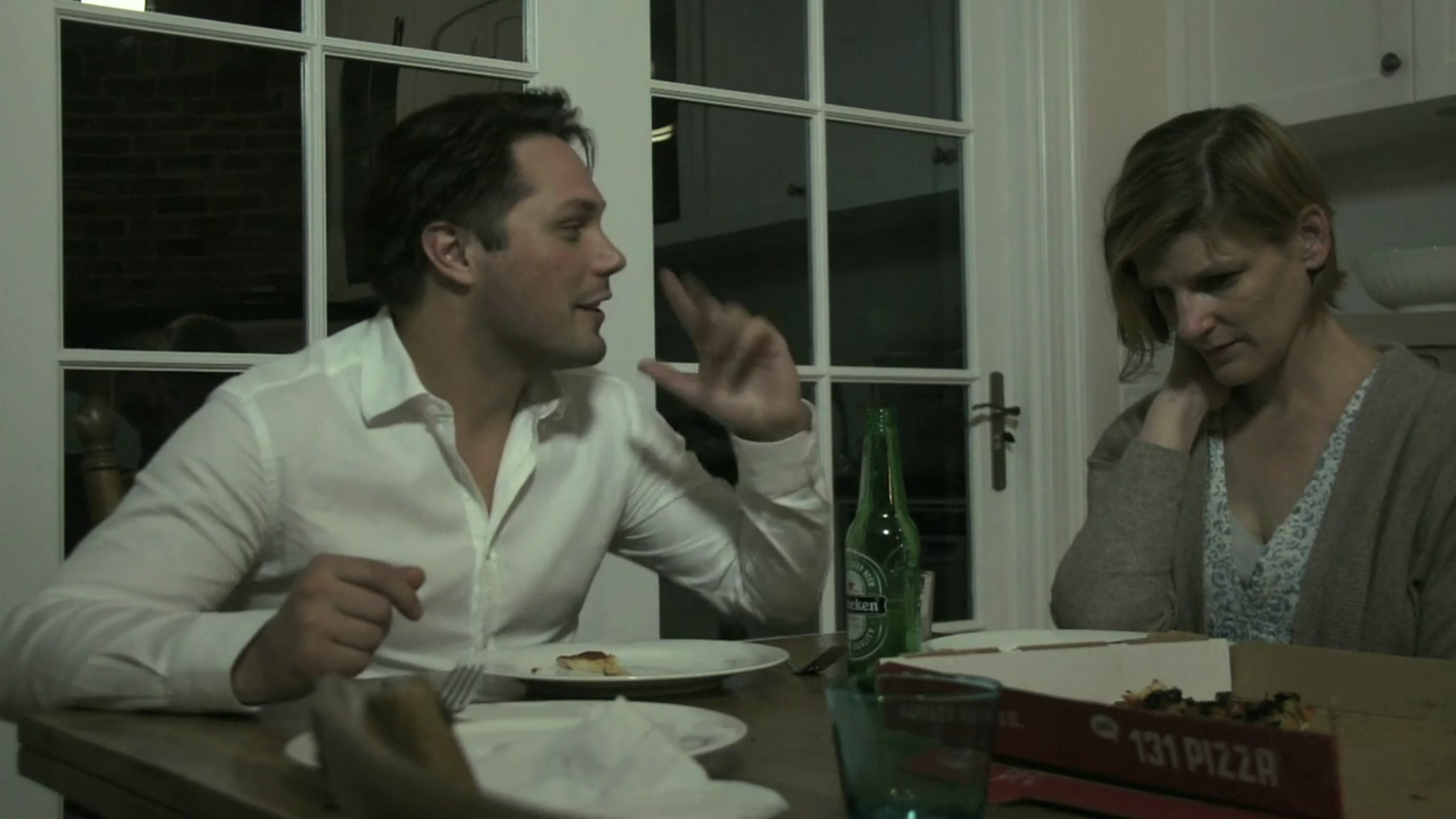 With that premise, what would you say the genre is? Horror, mystery, drama, a little bit of all three?
CC: Drama with a bit of thriller as well. You go through seeing the family moving to the new place and trying to move on with their lives. James comes home from work and tries to comfort his wife, but she is so depressed. They have dinner and then he tucks his son in bed. Whilst tucking his son, he tells him that he is only making things up. Until he the son tells his dad to look under the bed – where James finally sees his deceased son.

What was it about the script that drew you to this particular story? In what ways were you able to personally connect with it?
CC: It was a very different story. I have gone through grief myself. My mother died when I was 8 and my father died when I was 12, so I imagined a role reversal and the stages of grief one goes through.

Was “James” a character you had to audition for? How did you initially become connected to the project?
CC: Shannon, the writer, and also the actress that plays the mom sent an audition notice on the net and I responded. I had an initial meeting with Navin, the director, and he said he would get back to me. Later that night, Shannon said she was impressed with my demo reel and credits and what Navin had to say that she decided I was right for the project and the part was offered straight up.

Who are the other actors you collaborated with on “SeaChange?” What was it like working with them?
CC: Shannon was the writer and producer of the project. Shannon played the mom in the project and was fantastic to work with. With had a few rehearsals and we worked well together. Navin was the director. He had a specific vision and wanted my character to be like Jack Nicholson’s in ‘The Shining’. He made me rewatch it (as I hadn’t seen it in many years). He had a very large creative input in the project. And then I had a young actor whose name was Luca. They said never to work with animals or children, but he was a blessing to work with.

Switching gears a little bit, let’s talk about your campaign commercial “Annoy Your Mates.” Who did you play here and what was being advertised?
CC: I played the lead! Basically it’s for a company called Coates Hire and they were running a competition to win a Hilux. The point of the commercial was that if you were the winner (which was played by me) you would annoy the hell out of our friends (kind of like saying “Haha, I won and you didn’t). 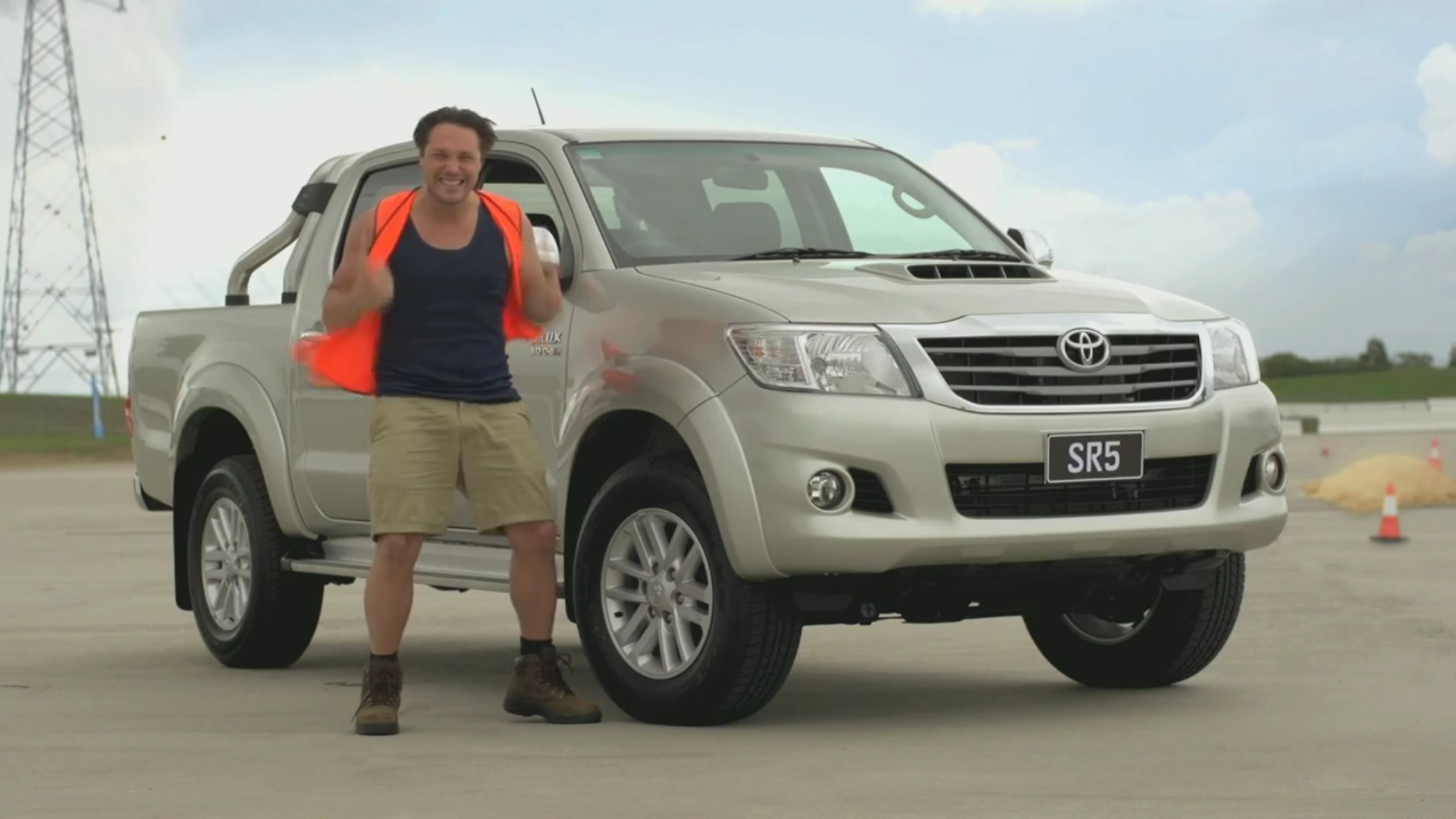 For those who don’t know, what’s a Hilux?
CC: It’s a very popular utility car here in Australia.

The commercial had some national exposure as well as major exposure on well-known Australian Internet sites. Can you name a few specific places “Annoy Your Mates” was featured?
CC: Yes, it came up a lot on the Google Australia search engine, which is a big deal, and YouTube Australia. I even had some people stop me on the street and said what a great ad. Another great moment was when I got back from Bali and I was stopped by customs. I thought I did something wrong, but she just said that she had saw my face in the ad and loved my work and asked what other acting I have done.

I imagine there were times you were simply watching TV or surfing the web and came across your own ad. What’s it like to see your work just as everyone else sees it?
CC: Yes! I had another National commercial that ran for a while. It was for Gaviscon. So I am used to seeing myself on TV, but never on the net. The first page to pop up on my laptop is Google Australia, and when I started noticing it I was taken aback by it. It looked funny. In a good way. And then my friends also told me that they had seen me online.

Outside of acting, what are some of your personal hobbies and interests?
CC: I love traveling, cooking, renovating and exploring cultures. I just recently came back from a 3-week trip in Europe. I went to Italy, Croatia and Greece. As I have a Croatian background and I am fluent in Croatian, it was an amazing experience to be in another place where everyone was speaking another language that you understood completely. I love cooking. My granddad, when he moved to Australia, became a chef in a 5 star hotel, and so I learned how to cook from an early age. I still love exploring different recipes and trying to create new ones myself. Renovating is also another passion. It’s wonderful seeing something you have drawn on paper come to life! And the whole process. There are tiring days, but you get rewarded when you stand back and admire what you have achieved.

What TV shows and movies are some of your all-time favorites? What might one find queued on your Netflix to-watch list?
CC: Some of my favourite shows are Breaking Bad and Dexter. My all time favourite movies are Shawshank Redemption, Schindler’s List, English Patient, Sophie’s Choice and Gone With the Wind. On my Netflix is a line up of Shameless, House of Cards and Orange is The New Black.

What’s coming up next for you in the industry? What are your future career aspirations?
CC: At the moment, I am working on my YouTube series where I play different characters. I’m the writer, actor and editor. It’s great fun doing the whole process. I’m also working on moving to the States. I would love to expand on my career and go to the market that provides a lot more opportunities.