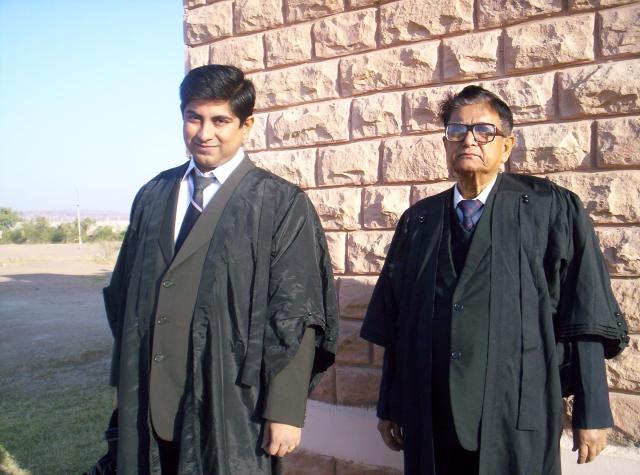 West Bengal and Naxalite Menace.
Naxalite menace is prevalent in different parts of India, including states like Chattisgarh, West Bengal, Orissa, Jharkhand and others. Even after serious measures being adopted in the state of West Bengal, the Naxalite menace still continues. The Central Government is inclined to initiate Operation Green Hunt in Lalgarh and other areas in the districts of Purulia, Midnapore and Bankura.
There are two sections of the Maoist groups in West Bengal. The section led by Kishanji, is not ready to compromise and is adamant to face both the Central and the State forces. The section on the other hand which is led by Gopinathji, also called the Durga Hembrum wants to participate in peace negotiation.
Intelligence officials in the last year had mentioned in the Times of India, dated 23rd February, 2010, that of the 36 CPI (Maoist) Central Committee members, around 30 members from Bihar, Jharkhand and Orissa are meeting in the conference held at Kanaishoi hill forest. The place is at close distance from Jorma, Laboni and Chowkishol villages in West Bengal and Panchapani, Madhupur and Jovi in Jharkhand. There is consensus amongst the members that peace talks can be initiated only if forces are withdrawn from the related areas.
Ganapathy, the General Secretary of CPI (Maoist) Party had led three conditions before both the State Government of West Bengal and the Central Government as a whole. That includes withdrawal of forces, release of Maoists from the prisons and lifting on the ban on the party. While Kishanji believes in armed rebellion against the army and also glorifies the victory of Maoists in Nepal who gained power through forced rebellion, Gopinathji, thought that the local people had been at the receiving end of fights between the Central forces and Maoists in the area of Jangalmahal.
While West Bengal faces the Maoist forces with armed action, Orissa police also had made public the pictures of two Maoist leaders Sabyasachi Panda and Azad, who are in the wanted category. As far as West Bengal is concerned there is no second thought that the Maoists are absolutely hostile towards the ruling Left Front Government who are in power over the last 33 years.
The adivasis, the dalits, the farmers, the fisher folk in the jangalmahal area had lost every type of hope on the ruling Left Front Government in terms of creating industries and providing jobs for them. Their argument is if the ruling Government was interested to change the fortunes of the deprived class of people of the region they would have done it long time back. Besides manhandling of the security forces had made the situation worse.
In the first week of January, 2010, 15000 adivasis proceeded to attend a rally at Pirakata to protest against indiscriminate beating up of the villagers by the paramilitary forces in Sundarpur village in Salboni. They had blockaded even the Rajdhani Express running from Howrah to New Delhi to reach their protests to the elite world.
Subduing the adivasis by brutal force both by the Central Government and the State Government cannot solve the issue. Only development issues can answer the hostility of the villagers in the area. If the State Government miserably fails to build industries in the area, Mamta Banerjee and other ministers from Bengal who are in the Central Government can take up development programs.
Expenditure from MP fund can be used to provide tube wells and enhance the standard of water to be provided to the villagers. Build Operate and Transfer (BOT) Projects can be initiated to generate roads and also employment in the areas. It had been successful in many parts of Rajasthan.
Railway lands can be provided to build cottage industries to serve the unemployed and unskilled laborers. Thrust can be given on tourism issues in the area. The areas Bankura, Mukut Manipur, Jhargram in Midnapore are famous for the jungles and wildlife. Wildlife sanctuaries can be created in the region where animals can be bred. The fund that is generated from the tourists can be utilized for providing basic amenities to the villagers and tribal.
Leases can be provided by the Government to the villagers for farming. They can pay the rent by selling the produce in the market or hat. At the same time, the peace talks should be encouraged. If the Maoists can be convinced about Government’s efforts for development of the area, the armed rebellion will decrease.
Roads, railway lines, electricity, and communication media should be extended to the tribal areas of junglemahal, so that the people never consider that they are segregated from the urbanized world. There is lot of prospect of development of the districts of East and West Midnapore, Bankura and Purulia, if systematic programs are taken up by the Government. Let us hope that the Government comes up with a peaceful solution to the Maoist menace.
Filed under: World
Share Tweet Pin G Plus Email
previous article: India test fires interceptor missile successfully
next article: 33 Displaced People Left To Be Re Settled In Jaffna-Sri Lankan Army Commander