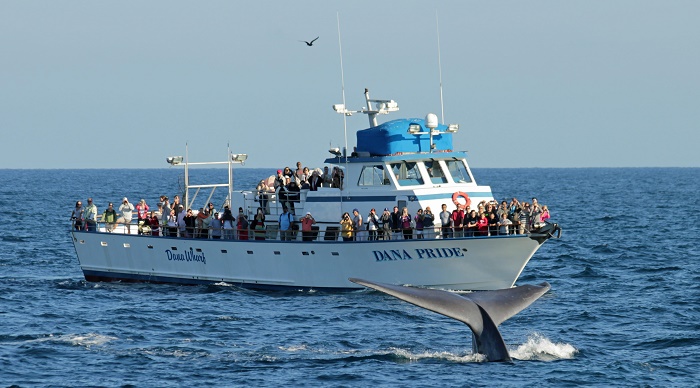 Do you love seeing fascinating whales rising and diving onto the ocean? The rays of light reflecting upon the water droplets thrown by heavy force caused by whales rising above bodies of water is such  an unforgettable scene and experience. It’s a breath-taking sight that will give you a blast of freshness and relaxation. With Whale Watching San Diego, you can personally witness all of what you imagined regarding whales and its activities.

This refers to a certain practice of observing or watching dolphins or whales in places where they naturally live, oceans. This could be one of the mind-blowing recreational activities to be done. Aside from that, this tour could also serve an educational and scientific purpose. In year 2008, there are about thirteen million people who have engaged in whale watching throughout the world.

There are varied strategic and fascinating whale watching locations worldwide. Some of these are South Atlantic, West Pacific like Western Australia, Southern Ocean (which allows you to spot whales aboard ship or on land), South West Atlantic, Caribbean, Northeast Atlantic and other regions or specific areas such as Whale Watching San Diego.

In spring and winter season, you will be given the chance to witness the joyful diving and swimming whales. One of the notable scenes in Whale Watching San Diego is the yearly migration of Grey Whales. During this time, thousands of this whale species will be traveling back and forth from their breeding location’s coastline in Mexico up to Pacific Northwest and to the place where they come from.

On the other hand during fall and summer season, the sight of diving Blue Whales will make you joyful.  Each season, Whale Watching San Diego will give your sight another flavor of amazing sea dwellers.

What Would You See In Waters Of San Diego And Surrounding Areas?

If you desired to see blue whales, Whale Watching San Diego will give you that. Other whales that you may witness includes grey whale, Killer Whale, Finback Whale, Sperm Whale, Humpback whale, Minke whale and other whale species.

Aside from the huge encounter with heavy whales, you will also have the opportunity to see the playful dolphins in the area. You’ll witness typical species of them in San Diego waters. Some of it is Bottlenose dolphins and Risso dolphins. There are also different species of birds that you may witness along your whale watching trip. These include California Brown Pelican, Shearwaters, Pelagic Gulls and many more.

Witnessing a scene brought by nature and natural means gives you a great adventure. The breeze of fresh air, the relaxing sound of water waves and the amazing sight contributed by the terrific ocean creatures like dolphins and whales give an amazing experience. Whale watching don’t just give you an amazing sea travel and adventure. It also promotes great sea bonding and connection. If you want to   create another great time with whales near you, Whale Watching San Diego would help you with that.

Filed under: Lifestyle, Travel
Share Tweet Pin G Plus Email
previous article: Lost in The Dark, Found in The Light: The Importance of Home Lighting
next article: 6 Top Tips for Choosing the Right HVAC Contractor