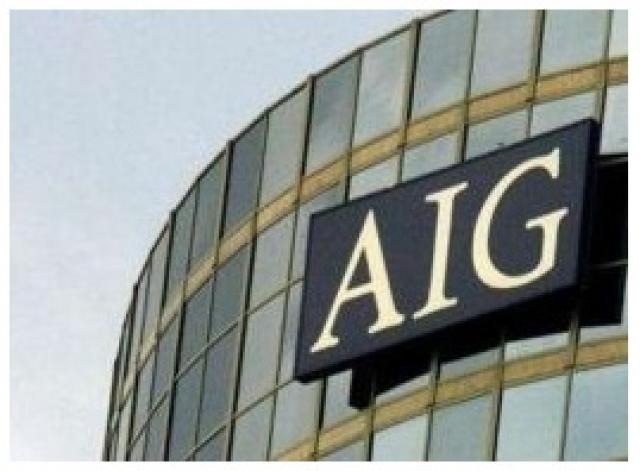 By Anne Szustek
In exchange for a $30 billion bailout, AIG agreed to hand over control of two of its divisions to the U.S. government. The agreement marks the company’s third federal bailout in five months.

A joint statement by the U.S. Treasury and the Federal Reserve refers to AIG as a "systemic risk" to the stability of the financial system as a whole, and asserts that "The long-term solution for the company, its customers, the US taxpayer, and the financial system is the orderly restructuring and refocusing of the firm."

The new government action "makes it even less likely that AIG will be able to raise enough for payback," surmises The Wall Street Journal’s Deal Journal blog.

AIG reported on Monday that it had posted $61.7 billion in losses during the fourth quarter of 2008—the largest ever loss in U.S. corporate history—which pushes up its total losses for last year to near $100 billion.

The November bailout also lowered the government’s loan to AIG to $60 billion from $80 billion and a plan to extend $30 billion for AIG from the Troubled Asset Relief Program, also known as TARP or colloquially as the "bailout bill," to buy up collateralized debt obligations, or CDOs, which largely plunged in value on the back of defaulted mortgages.

Background: The downfall of AIG

The March 2 bailout lowers the minimum interest rate on the $60 billion credit lending facility opened in November, protecting the government in case the LIBOR benchmark interbank lending rate should drop.

It also makes available another $8.5 billion in loans to AIG’s domestic subsidiaries, as well as cut down the amount available to the insurance company under the original lending facility to at least $25 billion.

The Federal Reserve lent $85 billion to AIG in September, which effectively nationalized most of the company. On Oct. 8, less than a month later, the insurer got another $37.8 billion in loans, prompting concerns over exactly how much money the company will need to stay afloat.

Going into March, the scrutiny hasn’t stopped. As taxpayer money is keeping AIG from collapse, some are calling for more disclosure into exactly where the money is going.

The U.S. Treasury agreed to raise its ownership of Citigroup from 8 percent to approximately 36 percent on Friday as part of its third attempt since October to keep the behemoth financial institution afloat.

Citigroup, once the nation’s largest bank, is putting payment of dividends on common and preferred stock on hold, and will exchange common stock for up to $27.5 billion in preferred stock at a conversion price of $3.25 a share, a 32 percent premium over Citigroup’s Thursday closing share price of $2.46. The government is to match this conversion, up to $25 billion, in government-held preferred shares into common equity under the TARP’s Capital Purchase Program.