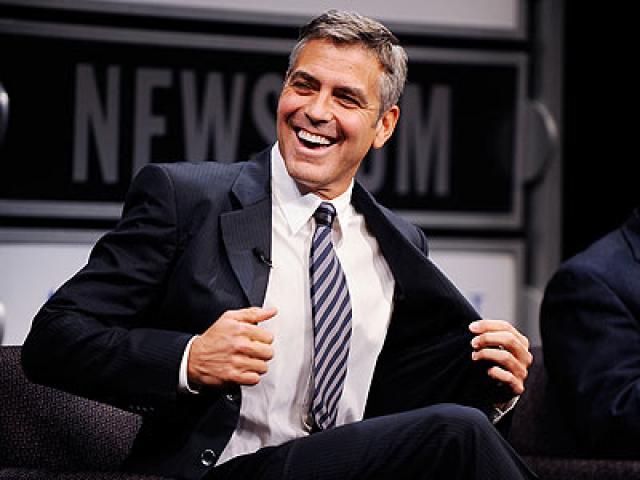 George Clooney may be in for exciting valentines date tomorrow – if he is successful in his phone and cyberspace courtship with Fatima Bhutto, a 26-years old talented young lady from Pakistan.

Mail Online reports: ‘Hollywood’s most eligible bachelor may be about to be taken off the market-by a member of Pakistan’s greatest political dynasty.

George Clooney is known to be dating cocktail girls, actresses and models – and is famous for betting on his bachelorhood.

Fatima Bhutto is the niece of slain Pakistani Prime Minister Benazir Bhutto – a ‘brainy foreign beauty’ 21 years younger than the actor, who is 47.

Reports said that Clooney is smitten by the 26-year old Bhutto, an outspoken poet and journalist who lives with his brother and step mother in the suburb of Karachi.

A friend of Clooney said: ‘George has courted her by phone and email, and arranged to meet her abroad when their schedules allowed’. He wants her to spend time with him in Hollywood.

‘But George insists that those days could be coming to an end if Fatima wants to take their relationship to the next level’. But she didn’t take his advances seriously because she thought their age difference would make a serious relationship impractical, he added.

Fatima Bhutto is no ordinary young lady. She was educated at New York’s prestigious Columbia University. She is into journalism and has written some books and poetry. She is reportedly eyeing a political post in her native Pakistan.

The two ‘lovers’ have some things in common. Clooney’s father was a journalist and a politician while Fatima is a member of a political family that once ruled Pakistan for many years.

George Clooney is an American award winning actor, directory, producer and screen writer. He was born in Lexington, Kentucky on May 6, 1961. He is of an Irish and German descent. He was educated in Kentucky and partly in Gloucester, England where he developed interest in theater.

At 47, he remained a bachelor but was once married to actress Talia Balsam from 19789 to 1993. His latest love interest is Sarah Larson, a former cocktail waitress but was reported to have separated last year