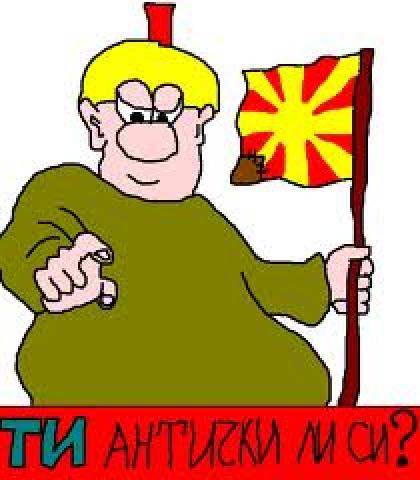 Fear has settled permanently in Macedonia. Authoritarian methods of ruling are  throwing the country into a deep political crisis. At the same time people cannot buy anything, harrowed by poverty and unemployment. What is happening in this country?

On December 24, 2012 Macedonia said goodbye to the democracy. On that day, police used force against journalists and opposition MPs, gathered outside parliament to protest against the country’s new budget, passed with majority vote in a completely illegal procedure, according to an analysis of the current political and economic situation in Macedonia.

Vote on the budget in 2013 was marked by protests by the opposition and by counterprotests organized by the government. Outraged opposition representatives ripped through a police cordon around the parliament in an attempt to break into the building, but the Special Forces stopped them brutally.

After the election victory in 2011, achieved including through intimidation of voters, the government of Prime Minister Nikola Gruevski began to rule the country more authoritarian. Political opponents were arrested, while the main opposition publications were closed. While critical voices were silenced, the big media, public administration, the judiciary and vast parts of civil society were placed under the control of the ruling national-conservative party VMRO-DPMNE.

The government continually draws new loans and  since the financial minister stopped publish regular financial statements, is no longer clear what is the amount of public debt of the country. Managing spend huge amountsof money for populist events and service clientelistic interests. One telling example in this regard is controversial project "Skopje 2014". Furthermore, in 2012 government launched an unprecedented media campaign against the opposition.

While socio-economic situation in Macedonia is getting worse. Unemployment exceeds 30%, the proportion of people living in absolute poverty is increasing, ethnic peace is very fragile, nationwide there has been fear. All 42 legislative initiatives were rejected by the opposition. The same goes for the more than 500 proposed amendments to the budget made by the main opposition party SDSM, which opposes the plan drawing new loan from the World Bank in the amount of 250 million euros. Instead of a new loan, the opposition offers savings plan, providing dramatically reducing costs. If this plan is implemented, Macedonia will not need new loans, according to the opposition.

A wave of protests over the country

Institute "Progress" blames the Macedonian government in a lack of willingness to compromise in deliberate violation of the democratic achievements of violating the constitution and use of brutal force to impose new state budget. The opposition organized daily demonstrations and calls for people to use other forms of protest – civil disobedience, for example. Opposition parties warn that while the government is acting as if nothing had happened, the political crisis in the country will be getting wider.

Analysis of "Progress" and its criticism of the international community, which continues to promote Euro-Atlantic integration of Macedonia, completely ignoring the decline of democracy in this country. Only with the support of the international community and with the participation of the main Albanian parties could lead to the holding of democratic, free and fair elections to end the crisis in the country. However, if the next election as the last leak – intimidation of voters and massive vote buying, the opposition will boycott and the crisis in Macedonia will worsen, says the analysis of the Skopje Institute for Social Democracy "Progress".