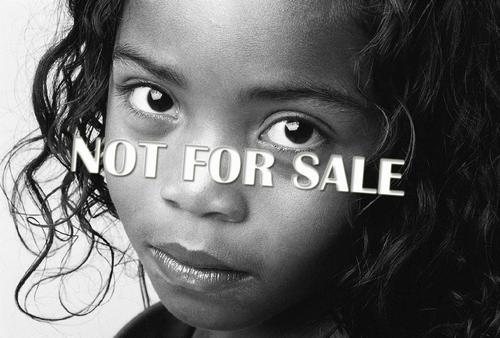 The word ‘disgrace’ seems inadequate to describe a society in which human beings are lured or forced into activities that our sense of common humanity. It is difficult to do justice to the moral repugnance and outrage felt by civilised people when the facts about child trafficking are brought home to them. The fact that such appalling suffering is deliberately inflicted on men, women and children by criminals who regard them as commodities to be abused and sold for financial gain, is so far removed from most people’s experience that it is easy for our minds simply to recoil from it. Therefore, the subject of sexual exploitation of children is an issue where a lot needs to be done to bring about awareness on an issue we would much rather keep under wraps.

Commercial sexual exploitation of children is defined as ‘sexual abuse by the adult and remuneration in cash or kind to the child or a third person or persons. The child is treated as a sexual object and as a commercial object’. It includes the prostitution of children, child pornography and other forms of transactional sex where a child engages in sexual activity to have basic needs of food, shelter or clothing fulfilled. It includes forms of transactional sex where the sexual abuse of children is not stopped or reported by household members, due to benefits derived by the household from the perpetrator.

is fast emerging as a favoured destination for sex tourists from Europe, the and other western countries. The favoured destinations are Goa, Kerala, Maharashtra, and more recently, and Orissa. Goa continues to be a haven for sex tourists from Europe and the . After Thailand, Vietnam and Sri Lanka strengthened legislations to combat the growing menace of sex tourism and paedophiles, the jugger naut rolled on to Goa. The state was a popular choice as it was cheap and easy to procure a child and sexually abuse him/her. The inadequacy of the existing legislations to combat this growing menace and the apathy of law enforcement officials adds to the attraction

Trafficking of children is also a serious problem in . The nature and scope of trafficking range from industrial and domestic labour, to forced early marriages and commercial sexual exploitation. Existing studies show that over 40 per cent of women sex workers enter into prostitution before the age of 18 years. Moreover, for children who have been trafficked and rescued, opportunities for rehabilitation remains scarce and reintegration process arduous?

While systematic data and information on child protection issues are still not always available, evidence suggests that children in need of special protection belong to communities suffering disadvantage and social exclusion such as scheduled casts and tribes, and the poor. The lack of available services, as well as the gaps persisting in law enforcement and in rehabilitation schemes also constitute a major cause of concern.

Child sexual abuse has so far been largely ignored by the Indian legal system. The Immoral Traffic (Prevention) Act, 1956, does not address children as a separate category. The only legal provision that is most often used to bring about a conviction is Section 377 of the IPC that criminalises ‘unnatural sex’ and is abused by the police to violate the human rights of same sex couples.

According to figures provided by the National Crime Records Bureau, in 2004, as many as 2,265 cases of kidnapping and abduction of children qualified as forms of trafficking and were reported to the police. Of these, 1,593 cases were of kidnapping for marriage, 414 were for illicit sex, 92 for unlawful activity, 101 for prostitution and the rest for various other things like slavery, begging and even selling body parts. Most of these children (72 per cent) were between 16 and18 years of age. Twenty-five per cent were children aged 11-15 years. This is the tip of the iceberg; the malaise runs much deeper and many cases go unreported. And with trafficking having overtaken the arms trade and drugs as the world’s largest illicit industry, we need more hands on the deck than we have at present fighting this sickening menance.