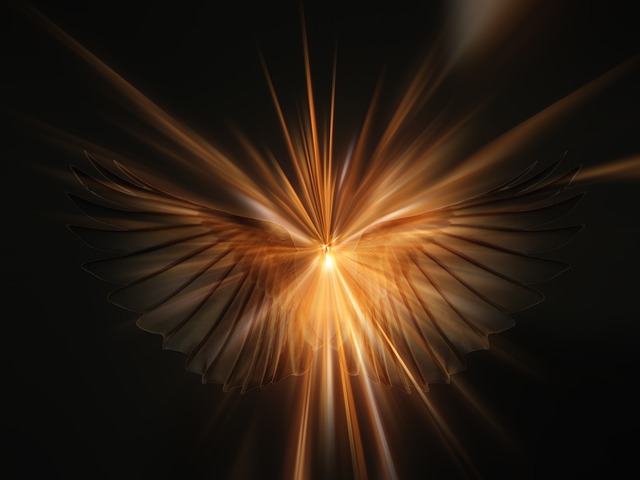 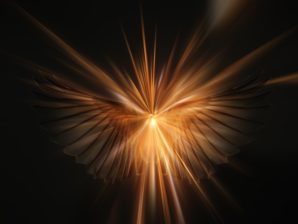 Through my channelings and meditations of twenty five years,  I have written a book, “Paradigm Busters, Reveal the Real You”, which is coming out shortly.  It explains the steps into Fifth Dimension which brings Christ Consciousness.   Jesus or also called Jeshua is one master who achieved this higher consciousness through his many reincarnations and initiations.  Described in my last channeling of December, 2015 on You Tube,  Jesus said that the Fourth Dimension is Jacob’s ladder in the Bible.  As you raise your consciousness out of Third Dimension and move closer to Fifth Dimension it is the transitional stage of progress for achieving a higher perspective and awareness , spiritually.

The darkness is referred to many times in the Bible. One example is 2 Samuel 222:29.  “”For thou art my lamp, O Lord: and the Lord will lighten my darkness.”   It stands for the negative activity of the ego which separates you from the love/light of God or goodness. The process of releasing all the darkness and moving into the light of God is the real message. We substitute love for fear, light for darkness, or selfishness for selflessness.   Most people return hundreds or thousands of lives to achieve this.  This is a process which takes many incarnations.

Most people have thousands of life times to remove the ego’s dark influence and move into their hearts.  Jesus had 32 past lives which allowed this process through initiations when he traveled to India, Egypt, and Britain during the lost years. His spiritual journey in his last life brought him into the Essene community which mutely  perpetuated the Law of One from the days of Atlantis.  They did not live within the Hebrew cities.

His family supported spiritual teachings of  “The right use of energy” in the Essence community and his travels to other similar communities around the Mediterranean Sea for additional spiritual growth of his consciousness and mind. There are other masters, less known from early times, who also achieved this Christ Consciousness.  However, the message is the same to purify your soul and achieve unconditional love without judgment.  Jesus said, ” Neither do I condemn thee: go, and sin no more.”

Christhood was a term used in the Bible as people then were not as sophisticated in their culture to understand physics as we do today.  The invisible world was not as easily seen or understood because of spiritual darkness on the earth .  To allow followers to understand the spiritual meaning, Jesus used terms that could be heartfelt and internalized. He spoke in parables and stories which touched the heart of the listener, if they had ears to hear and eyes to see. Therefore, heaven is a term that defines unconditional love without criticism, judgment or condemnation.

Edgar Cayce’s  message about becoming Christ Conscious is told in the book, “Why Jesus Taught Reincarnation” .  “The great good news of the gospel is not that if we believe, we may go to heaven. It is that as we let the love of the Spirit of Christ flow through us in our thoughts and actions, we are to become like Him.  The Word will become flesh in us.  That is our destiny. When we accept His truth, we will the sooner begin to act as He did, as Gods incarnate in the earth …He [Jesus] said, ‘Things I do , you shall do and greater!’ He said ‘You are Gods!’ We must see the Spirit of Christ in ourselves and in all others.  Then a fabulous new day of consciousnesses   will dawn, and an era of love and peace will reign on this planet as He Himself so promised.”

Jesus and  others as The Budda, Djwhal Khul, Hilarion, Koot Hoomi, Maitrey, and St. Germaine are familiar masters that have a christed soul.  Jesus, the Christ, means he became a Christ and came to tell us that we too can follow his path and example.  The mind of Christ elevates into a higher consciousness out of the material work of duality. Jesus chose to be an example of raising consciousness into one of unconditional love, without judgment, but joyous acceptance for all of God’s creation.

Marilyn is an international spiritual counselor, spiritual teacher, consultant, writer, and speaker. Marilyn is an ordained spiritual minister for counseling, giving readings and she is a psychic and medium. Marilyn has access to higher information from the Fifth Dimension and above. She channels from “Higher Realms” to provide answers that are important to bring reality to our lives. Marilyn uses her experience to present answers to life’s problems that work.

Her over a hundred articles appear on Ground Report, her website, and New Spirit Journal. Find more from Marilyn at her website, blog, and You Tube. Her many spiritual E-Books and paperback books, “Roses Have Thorns” and “The Real Meaning of 2012” are available at Amazon.

Filed under: Christian, Lifestyle
Share Tweet Pin G Plus Email
previous article: Why the Soccer World Is Watching Kyrgyzstan
next article: What Is Equity Theory?