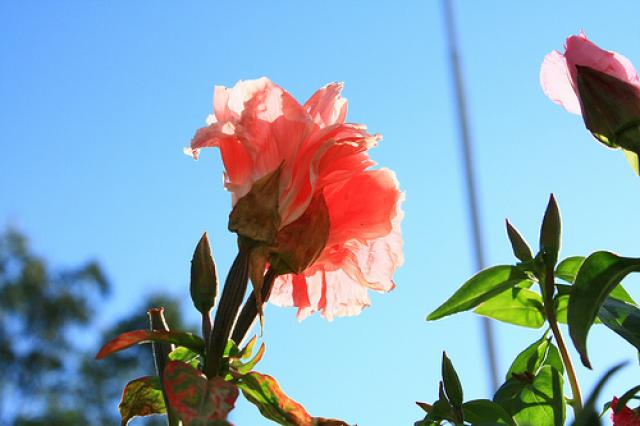 I think 1987 was a great year.  I was in love with Teresa Wells.  On Jan. 8th the dow closed above 2000 for the first time(the exclamation point that will follow this statement is supposed to be funny and I hope you can see how significant the current market flux really is)!  The Twinkies were the underdogs that shocked baseball, gave us the Homer Hanky, and won the World Series.  I was growing up in a little Minnesotan town called Blue Earth.  Life was simple and I was a dreamer.

So who are our mothers and fathers? I remember hearing about the Iran Contra Affair and thinking there’s no way Reagan was a bad man.  I lived in America, and American Presidents were Heroes, and Heroes didn’t do those kind of things.  But, he did do those things and in all fairness the ripened plant he picked those seeds from was planted long before he got there.   I was 10 and if I was 20 I would have been considered ignorant by some.  Yet, there are so many of us grown-ups acting like 10 year old’s.  So, was I an ignorant 10 year old?  I don’t think so.  It is an indisputable fact that every single individual on this earth is unique to her or his own experiences and we as individuals must, as I am able to see it, start embracing it.  Heck if the Minnesota Twins can win a World Series, so can you!  Or, something like that.

So what is demoracy, who are our mothers and fathers? I wonder, just what direction are we headed?  Many are compelled to say that we don’t have a say in the matter; that the powers that be make the rules and we follow.  I guess we are just peasants in the matter?  Or, maybe we are just afraid to take the reigns?  The truth, as I see it, is that it’s a balance of both and the real struggle is finding it, accepting it as it is, seeing ourselves, seeing the road we were given to travel, learning where, when, and how to blaze our own trial, and seeing the consequences of our causes.  This might be the greatest right of passage humanity as ever faced.  But, you know, we’re not alone because we wouldn’t have a thing if it wasn’t for our mothers and fathers who took those reigns and made the world what they wanted.  How many of those reigns of life do we have a hold of?  Where are these reigns and how do we grab them?  For some of us it requires picking up a gun and saying no.  For some of us it requires picking up a book and saying yes.  For all of us it requires asking ourselves which will produce the very best for ourselves, our family, and the friends we surround ourselves with.   Just remember, animosity will never remove animosity.

Again, who are our mothers and fathers? Recently, on November 7th 2007, the Syrian Ambassador to the United States, Dr. Imad Moustapha, spoke to the Commonwealth Club in San Fransisco, CA.  The reoccurring theme of his speech was humble and grounded in wisdom; that Syria respects the current U.S. Administration and it’s struggles, but hopes that the next administration will be able to respect Syria and it’s struggles; that democracy can only be reached by ones own work; that values and morals can not be exported. Again I agree because it is an indisputable fact that every single individual on this earth is unique to her or his own experiences. You’d be surprised, when you stop and look, how many similarities we can find when contrasting the behaviour of individuals to the behaviours of nations.

So what is democracy? 211 years ago the Treaty of Tripoli was approved by the John Adams administration.  Since we had no navy at the time to protect our merchant ships in the Mediterranean, we signed the treaty with the Ottoman Corsairs in order to achieve safe passage.  Article 11 of that treaty reads: "As the Government of the United States of America is not, in any sense, founded on the Christian religion; as it has in itself no character of enmity against the laws, religion, or tranquillity, of Musselmen; and, as the said States never entered into any war, or act of hostility against any Mahometan nation, it is declared by the parties, that no pretext arising from religious opinions, shall ever produce an interruption of the harmony existing between the two countries."  And, then of course we can read the 1st amendment: "Congress shall make no law respecting an establishment of religion, or prohibiting the free exercise thereof; or abridging the freedom of speech, or of the press; or the right of the people peaceably to assemble, and to petition the Government for a redress of grievances."  On the surface our current conflicts are said to be in the name of these things, but the reality, as I am able to see it, is that today’s conflicts are taring down the example our mothers and fathers started to create.

As I see it, forced change is not democracy and any hopes of democracy blossoming out of direct force are nothing but throwing seeds over sand.  It seems to me that the easiest way to encourage democracy is to honestly practice it.

I think the rudimentary element of democracy that makes it seem so alluring to the individual is it’s allowance of change; giving us the ability to search for the reigns; giving us the ability to learn how to manage them so we can, once and for all, be responsible for the consequences of our causes.  This may indeed be the greatest right of passage humanity has ever faced.  I think the greatness though lies simply in the sheer number of us that will grab our hearts and grow up.  Or, something like that.

In the spirit of my search for understanding what true democracy is, this article should be considered a work in progress.  I first published it to groundreport on the 28th of November 2007 and I would like to dedicate it to all my family and friends.  But, especially to my Dad and both my Grandfathers who’ve passed on; all three celebrated being born on Nov. 28th.

Filed under: Opinion, Politics
Share Tweet Pin G Plus Email
previous article: Make Your Own Christmas Cards
next article: Excessive noise can cause alteration in cardio-vascular, endocrine and neurological functions.