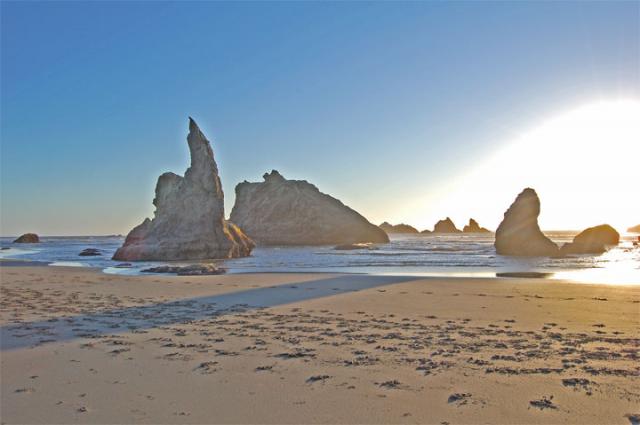 In the 1970s one of the great philosophers, I think it was Robin Williams, coined the phrase, “Reality!!  What a concept!”

During the first class of a recent writing workshop, a lot of time was spent detailing what would be covered, and the students talking about the type of writing important to them.  Most were interested in writing fiction or relating experiences and information supplied by others.  I felt out of place.  My interests in writing are first person, nonfiction, hands-on, health, travel and adventure.

During a discussion period, I asked the class at large, “What’s YOUR reality?”  The question was intended as a lead in to relating my thoughts that we should write about our passion, and also to give me information about the other students.  I had hopes my experiences might be helpful to others, but most everyone glossed over the question.  They either weren’t certain what their reality was or what my question was.  The one answer was from the instructor, “Reality is different for each of us.”  Not the answer(s) I’d hoped for, but a good and truthful response that started me rethinking about a topic I’d been contemplating for some time.  After class, I asked myself, “What’s MY reality?”   First, I need to clarify some things about my writings and how they’ve impacted my reality.

I wrote some fiction about twenty years ago.  When finished, I reread them and placed them in the round file.  I felt they were acceptable in the marketplace, but not in my mind.  My daily life is filled with my reality.  I don’t need to escape from it; I’ve made it, I learn from it and, even though it seldom works on my time schedule, I feel no need to abandon it.  Life is a string of priorities, which create realities.  For me, it’s unimportant to give something a high priority that I haven’t felt, tasted, smelled, endured or enjoyed.  Because of my priorities and realities, I have no need to adventure into surrealism, or try to live someone else’s life.  Some of my health articles cover items that I’ve only read about, but they’ve made sense to me, and I’ve researched and verified them to the best on my ability. Other than that, my writings are about skinning my knuckles, attempting to stay healthy, elation, disappointment, going beyond what I believed to be my personal limits, and what pleasures me or makes me think.  All of my conclusions, which also influence my later realities,
are mixed with and tempered by my past experiences and then recounted as seen through my eyes and filters.

For instance, when I was about twelve, my older sister had been going to the church of her choice for a period of time and convinced me I should too.  I spent a few weeks trying to adjust to the concept that I needed someone as a middleman between me and what I felt was a higher state of consciousness.  My burnout came while listening to the preacher tell the congregation that life on earth would be terrible, unbearable and that pleasures of the flesh were sins.  He also said, “When you die, if you go to heaven, everything will be OK.”

At twelve, I hadn’t really lived yet, made any illuminating decisions about life and definitely wasn’t hoping to die at that point in time.  I would’ve liked some things to be different, but didn’t consider them to be unbearable.  Plus, I’d only heard about the pleasures of the flesh.  They were only a figment of my imagination and, since I had no first hand knowledge on the subject, not yet my reality.  I did feel they’d be worth experiencing before I checked out.  And, being a first person, nonfiction, hands-on type, I felt it would be necessary to check them out personally before including them in my reality folder.  The sermon, and my observations while being baptized a few weeks earlier when boys were held under until kicking and screaming, and girls weren’t, all influenced my sense of reality and my decision to go it on my own.  My sister was disappointed, but I wasn’t.

Child psychologists claim a lot of what we learn early on, is carried with us the rest of our lives.  Even though he wasn’t writing strictly about reality, maybe Robert Fulgum was right in his book, ALL I REALLY NEED TO KNOW I LEARNED IN KINDERGARTEN.

So, what is reality in writing or life?  Fiction isn’t it.  Neither are related history and second hand facts.  It appears our realities lie between our ears and are exclusively our own.  Our problems (realities) are of our own making, no one has done it to us, and remedying them has to be an inside job.

Filed under: Health & Science, Lifestyle
Share Tweet Pin G Plus Email
previous article: Fare Rollback Effects not Felt by Millions of Unemployed, NGOs to the Rescue
next article: Reality And “No Free Lunch.”