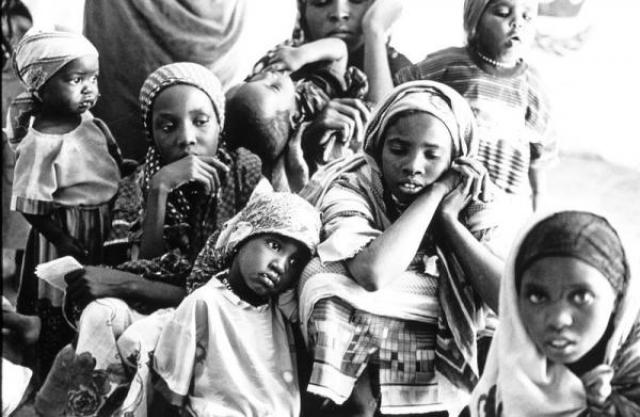 In the following interview we hear from Mark Brecke, Director of Darfur documentary They Turned Our Desert Into Fire, on what the International Criminal Court’s (ICC) arrest warrant for Sudan’s President will mean to its people.

What does the ICC warrant mean to those on the ground in Sudan?

The ICC decision to to serve Al-Bashir, the President of Sudan, an arrest warrant, will directly affect the Sudanese on the ground in Darfur and the country at large, and hours after the decision was handed down, it did.

Bashir kicked out 16 international aid groups, leaving over 2 million Sudanese at risk of not getting the shelter, medicine or food aid that is so desperately need in the IDP camps throughout Darfur.

I was woke up on the morning of March 4th applauding the decision, but knew the reality on the ground for these people. It’s not like Bashir had the gates wide open for aid groups since this crisis started. Just the opposite. He blocked many aid groups in the beginning, from 2003 to 2004, the most important time for building the infrastructures of aid for the thousands of Sudanese fleeing their own government. Thousands of lives were lost in those years because Bashir’s actions.

And what’s in store now for Sudan from this decision?

Only time will tell.

My Sudanese friends put it best: They applaud the ICC decision, but the ICC should have waited until Bashir was out of power and then gone after him, improving chances of making the decision a reality.

How will you change your film to reflect this?

We are in a great position to update our film on the crisis,
They Turned Our Desert Into Fire, for our upcoming worldwide TV broadcast, DVD release and European film festival tour. The sad reality is that over 90 % of the film is still relevant today.  It will be the most up-to-date documentary film on Darfur out there, because we waited for the ICC decision, while keeping it on the film festival circuit.

How do you see the conflict getting resolved?

I have been asked this question many times over the last five years by journalists. My initial response has always been that I am a documentary photographer and filmmaker, not a political advisor or policy maker. I do have my own opinions after documenting genocide around the globe for more then a decade. But I would rather keep those out.

I think John Prendergast states it very well in They Turned Our Desert Into Fire that for change to occur, "there has to be the political will to do so."

This has not happened yet, but maybe now, with Barack Obama now as President, that will change. I am hopeful.