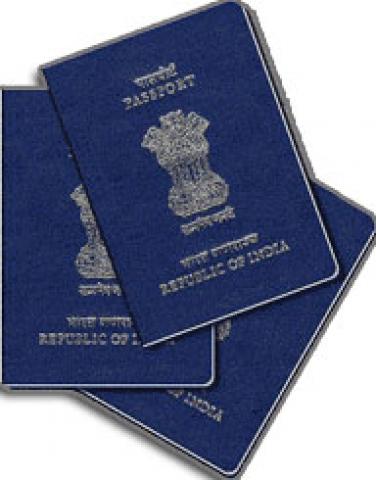 Imagine legally living and working in a country for over 40 years only to face deportation as a suspected illegal immigrant. This was the reality for many members of the Windrush generation, who had moved to the UK from the Caribbean prior to 1971.

As well as highlighting the government’s lack of compassion, the scandal has shed light on the lack of rights people have when they are not deemed citizens. If these legal Windrush migrants were illegal immigrants, the government would have had the power to kick them out of their homes. This affair has led some to question the legitimacy of a system where humans can be denied basic rights because of the concept of citizenship.

This article will look at what citizenship is and what rights it confers, how not being a citizen or being considered one can really shackle individuals, and how the concept of global citizenship could make the world a better place in light of this.

What is citizenship and what rights does it confer?

As international citizenship experts CS Global Partners note in their “What is Citizenship?” article: “as a citizen, you can benefit from unique rights and obligations that exist between a nation and its citizens.”  A citizen of a country, nation, or state holds many rights that are generally not conferred to mere residents or illegal immigrants. The major benefits of citizenship include a permanent right to reside in a country and the right to pass this onto their children. Citizenship also includes entitlements like the right to vote, and embassy protection when travelling abroad.

In comparison, mere residents usually have almost none of these rights, and in most countries they will have to keep renewing residency permits in order to stay. This requires meeting certain legal requirements, such as maintaining clean health and criminal records. If residents fall foul of these stipulations, they can be forced to leave. Illegal immigrants usually get very few rights at all. Here in the UK, some are able to apply for leave to remain, British citizenship, the rights to legally work, access the NHS and receive benefits, but it all depends on their circumstances. They could equally be denied a place to live, as they probably won’t be eligible for government help, and could be detained and deported.

How Windrush showed the importance of national citizenship

The Windrush scandal clearly illustrated the injustice that can stem from not being deemed a citizen. The affair centered on thousands of individuals who had moved to the UK from the Caribbean before 1971, with around 21,000 of these not owning a passport either from the UK or their country of origin. Many should have been classed as British citizens, as their families were invited to come and help rebuild Britain after WWII on that very understanding.  However, the government failed to keep accurate records of these migrations, and decided to challenge these individuals’ rightful legal rights as part of the ‘hostile environment’ their immigration policy stipulated.

Because they could not prove they were citizens, they suffered serious mistreatment. Some members of the Windrush generation were deported, whilst others were denied NHS treatment and lost their jobs and homes. Whilst the UK government eventually bestowed full UK citizenship onto these individuals in light of a nationwide furore, the Windrush affair goes to show how much value nations put on citizenship. Being deemed a citizen can be the difference in receiving basic human rights or not, yet paperwork should not be the only guarantee of these fundamental entitlements.

Why global citizenship could be a viable alternative

The controversy from the Windrush affair stems from the fact that national citizenship is the only guarantee of many rights that all humans should be entitled to: the right to reside, work, study and even receive healthcare. Those who are not deemed citizens in a country are constantly on a tightrope of being at risk of these fundamental rights being taken away at any point. Whilst of course there are immigration arguments to take into consideration, the fact that individuals can be denied basic rights is problematic. A truly cosmopolitan world where we are all global citizens would see situations like this disappear for good, as individuals would no longer be denied fundamental rights purely because they don’t have a passport.

Filed under: Regulation
Share Tweet Pin G Plus Email
previous article: Google Compliant Web Direct – What is it? And Does it Still Exist?
next article: 4 Alternatives to Filing Bankruptcy