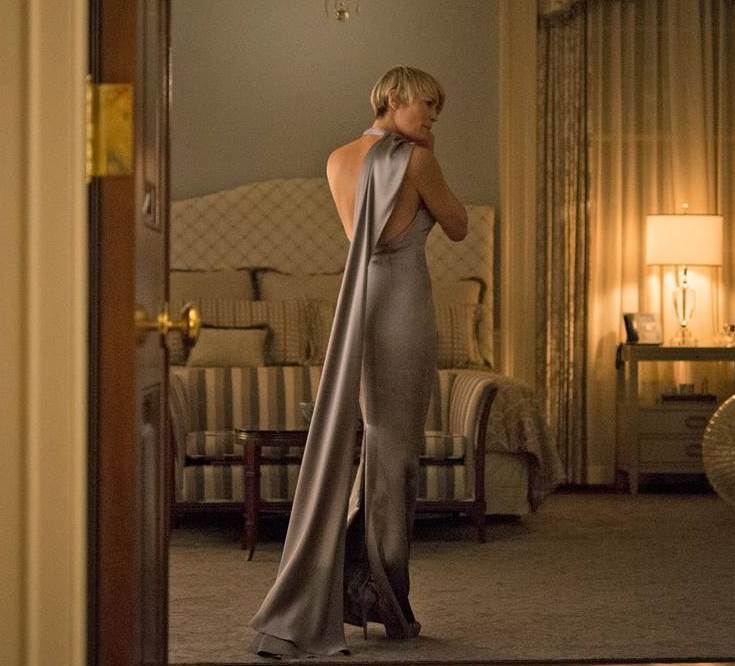 At first and second glance there is not much I have in common with Claire Underwood, the House of Cards Texas beauty queen. I think no one will ever describe me the way The New York Times described Claire Underwood as a woman “who will stop at nothing to conquer everything.” Although being a little like Claire is attractive to me.

I can only wish to look like she does in a simple blouse and skirt. And the backless dress she wore for the Russian State Dinner, well forget that. I couldn’t even pull it off in the confines of my own house. 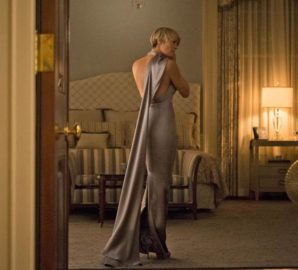 In Season 2 we don’t have much in common when Claire “is still ruthlessly pursuing her own agenda as well as her husband’s.” When Gillian, a pregnant former employee, returns from season 1 to fight for health care, Claire states “I am willing to let your child wither and die inside you, if that’s what’s required.”

Then Season 3 she becomes this spineless wimpy piece of partially cooked spaghetti unable to articulate her thinking any more effectively than a 19th century debutante. You might think we still don’t have much in common.

The Claire of Seasons 1 & 2 would have had to have been taken out of the White House using the jaws of death. That Claire would never have willingly walked out of the Oval Office in her stiletto heels. This season she became this wishy-washy unfamiliar spoiled child, who when she lost the last chair in Musical Chairs, simply took her purse and quit the game. The Claire from 1 & 2, the Claire I thought was the real Claire, would have fought for that chair till death do her part.

Perhaps we need to see that even the most conniving ice-queen in the world still can be conflicted. That is an OK lesson to learn. Rarely are people all good or all bad, except for Hitler.

What I can learn from Claire and perhaps what you can learn is that we are complex people that are not all one ANYTHING. We tend to label people as nice or not nice, thoughtful or not thoughtful, ambitious or not ambitious. It just is not that simple, and Claire personifies that conflict of character and agendas.

My problem with her character in this season of House of Cards is how she articulated her feelings. I understand that the most articulate person may be less effective at times, but she was so infantile that I can’t put all the parts together into one piece called Claire.
To complain that there was only one chair and it wasn’t hers, is like a child complaining when they lost the final chair in Musical Chairs. They knew all along that it would come down to one chair. In the child’s game, their disappointment may come when they realize they lost the last chair. Claire knew all along there was one chair and one puppeteer.

What it appears she lost sight of was her power as the puppeteer. In many ways, she had more power than her husband who was in the chair. He found out that as president he was more marginalized than he was as congressman or vice-president.