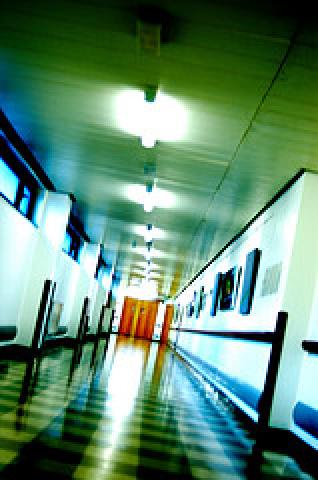 Interesting in all the debates now on the mainstream media that some rather pertinent facts and observations have also been kept from the public in all the brouhaha surrounding Obama’s and Congress’s plans for health care reform.

At the present time, there is already a socialized health care program for seniors at the federal level called Medicare.  At the state levels there is also now health care plans that are funded for the indigent, those that have been denied coverage due to pre-existing conditions, dependent children of the working poor, and even illegal immigrants for emergency care services (which are used to visit hospital emergency rooms for cases of the flu, and result in six hour waits for lawful Americans in many hospitals now throughout the country).

In effect, we already have health care insurance and provision for all Americans at some level or another.  There is also self-insurance for the wealthy, and those that choose to self-insure for regular doctor visits but simply carry catastrophic care.

Right now, all of these programs are funded by the citizens at either the federal or state levels, with the states then required to provide matching sums with respect to some of these programs (except the one for the illegals, which is picked up at the federal level, which is why so many of those local initiatives denying such services to the illegals are really quite ludicrous since those services and costs are federal laws, not local, and the health care industry know that).

It appears what this truly is is simply another way to centralize more and more power in Washington, increase our federal deficit then in the process for the benefit of the Fed and European bankers in "interest" on that deficit for their paper currency (and now with internet transfers, not even those costs)  and Wall Street once again.

And, of course, the politicians for their future careers.

What also has been left unsaid is that the costs for these programs will now come out of every American’s paychecks through their corporate employers, and as with social security, leaves the door open then for future legislation then involving "matching sums" from those employers for those benefits.

And the fact is, since the federal government cannot mandate that health care providers accept lower cost insurance or a government plan for any patients that they treat, can result in paying for years into this program and then when needing care not be able to find a health care provider that accepts these plans.  Right now due to the low payment levels involved, there are many providers that do not accept new Medicare patients.

And while many of them do accept new patients for childbirth, most OB-GYNs won’t accept them for surgical reasons otherwise.  Since to do so would mean they have "committed" to that patients future care and then cannot deny them treatment when the costs of their treatment or specific needs outweighs the amounts the state or local plans are willing to pay.

Ethically, once a doctor accepts you as a patient, he cannot deny then future treatment.  Thus, why so many doctors have now posted signs indicating that they will not accept future Medicare patients.

So you may be paying for this "universal" plan in taxation, yet then be unable to use it for your elder care needs when you may truly need it if there are not enough doctors in your local community that are willing to take on new patients.

And since the next generation of Americans is far fewer than the previous baby boomer generation was, this scenario has more basis in fact, than fiction.

So continue to believe the spins, America, but what the government wants in this legislation is merely to centralize more of the power in Washington, and more access to the fruits of your labor through their corporate "state actor" entities, since special interests wrote this legislation, after all, and that is who both Congress and Mr. Obama have been hard at work consulting.

Hoping that the older generation doesn’t connnect that the AARP is the largest provider of supplemental plans, and speaks for the industries and trade groups that market through them, not at advocates for seniors at all.  Nor does the AMA speak for most doctors either, simply their own also supplemental plans and trade groups.  Nor the unions, just in order to get more for the corporate health care provider under their banner who also sell "supplemental" plans to their members.

And with the government as the primary provider in these instances and then fall guy for denied treatment without any recourse for Big Daddy’s refusal other than petitioning the very entity that refused the treatment to begin with, a great way for those supplemental carriers who give kickbacks to those organizations a way to reap massive revenue without ever having to pay out on any claims.

That’s why the "corporate" interests have been meeting with Congress all summer behind those closed doors.

Just to make sure their "interests" and wallets were covered.  Not yours.