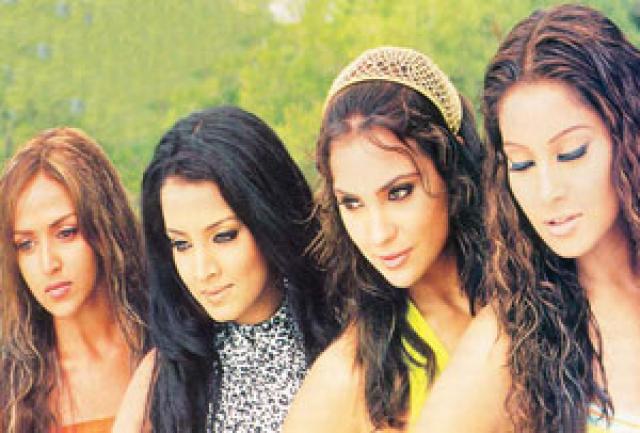 Last year on New Year’s eve a girl was molested near Gateway of India in Mumbai. This year, two girls were groped and manhandled by a group of party revellers at another New Year’s bash outside a sub urban hotel in Mumbai.

Other metro’s like Kolkata, Bangalore etc are no exception. It seems that its not that safe for women in cities now a days. Not that earlier they were safe, but it was better compared to the recent times.

Now the victims range from regular working women, students, housewives to tourists, actors and celebs. And they agree on one thing- that they don’t feel completely safe in any metros in India today.

Why give examples of only the common women who have been the victims of such shameful acts? Some of the well known celebrities in Bollywood also had to pay the same price. Here is a list of Bollywood actresses.

Latest on the news list is model turned actress Koena Mitra. She was attacked by a stalker inside the Sahara Star hotel on the New Year’s Eve after she performed there.

When her performance was over and when Koena went inside a lounge to take rest, a stalker appeared there and wished a photograph with her. Koena obliged him for a photo. The stalker who was 6 feet tall went and stood beside her. Then taking the chance, he kept his hand on her thighs, buttocks and her private parts and began to fondle them.

This whole episode was noticed by Tanu shree dutta and she immediately cried out for help. Meanwhile Koena also shouted at the man for misbehaving with her.

But till the body guards came up the stalker escaped silently. This traumatic incident left Koena weeping with Bipasha Basu and Tanu Shree tried to console her.

Bipasha Basu
A stranger tried to fondle the dusky beauty Bipasha Basu for sexual pleasure soon after she entered Rain, a nightspot in Juhu at midnight on February 28, 2003. Just when the situation could have got worst, John Abraham entered the scene and chased the man away. The actress did not forge a police complaint, so the man was never identified.

Esha Deol
On August 11, 2005, a man tried to take advantage of the crowd at Pune’s premiere of Dus at E-Square to get extremely close to Esha Deol. He misbehaved with her. But the Punjab da guddi, was brave enough to slap him across his face and nonchalantly walked away. A news report says that the she struck him so hard that he flew a couple of feet away. She termed her act as’ Self -defense’. Ofcourse it is!

Celina Jaitley
In the month of September 2005 a man tried to fondle Celina the same way Esha Deol was done. At that time she was giving an interview for a television channel in Mauritius on the sets of Jawani Diwani. With the intervention of the people around he ran away. Although her nerves were shattered into thousand pieces she manged to gather courage to complete the interview in a normal way.

Mona Chopra
Mona Chopra was filmed while changing clothes at a films set. The clip was circulated throughout the country via MMS. In an interview the actress stated with anger, "If I get molested, people will think I am doing it for publicity? This is a tragedy."

Katrina Kaif
In October 2005, Katrina Kaif got molested by a mob in Kolkatta. She had been to Kolkatta to attend a function, organized by a South Kolkata’s Durga puja committee.

After the event was over, while Katrina was on the way to her car, a part of the crowd became ballistic. They overpowered the security personnel and started grabbing and touching her. Though, the active volunteers escorted the her safely, it left the actress shaken.

Namitha
The glamor queen of South India also faced the bitter experience by a mob on September 21, 2007. She was left to strangle her way to safety amidst her wild fans at the Bangalore airport.

She was molested by some unidentified persons. At one stage, she started crying and sought help from the airport guards.

After a while,m the security personnel rushed to the place, and rescued her from the rampaging crowd.