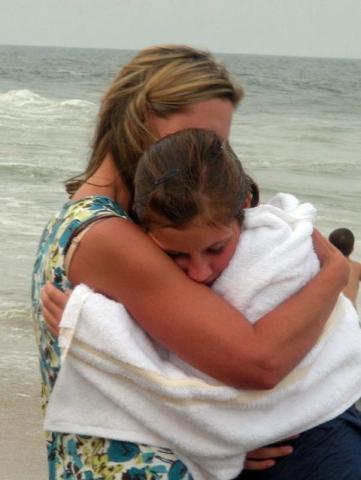 There are a lot of women and men who step across the line and cheat on their spouse and they cannot give a reason why they do it. I have a strong opinion as to why I believe people cheat.

I’ve talked to and observed many people throughout my lifetime that have crossed the line and cheated on their spouse. The majority of them were looking for a new sexual relationship with a "different partner," and it was causing them to have extreme urges to cheat to get the sexual satisfactions they wanted and desired.

The majority of people that cheat are looking for a renewal of the zinging romantic relationship they experienced when they were young and dating. Their marriage had become stale and they were looking for something new and exciting. They no longer looked at their mate as a desirable sexual partner. They wanted to experience a new and adventurous sexual experience with a different person to explore new ideas and different type of sexual activities.

Their mate no longer excites them or gives them the sexual high they desire and they started having a roving eye for a new partner. In my opinion these people are in dire need of an ego trip to boost their self-confidence and self-esteem. They’re having trouble feeling like the opposite sex would be interested in them and they’re wanting to prove to themselves they’re still "sexy" and desireable to others.

There are some men and women that have a fear of losing their youth and they’re getting too old to have an affair and they’ll try to prove to themselves that they’re still appealing to the opposite sex and they’ll end up having an affair.

The affair builds their ego to believe they still have what it takes to get another partner. When people start aging, all types of foolish notions run through their minds and it causes them a lot of grief and dissatisfaction too. Many times this will destroy a family that was once solid and happy.

There are women that fear they’re showing their age and losing their looks and it causes them to flirt to seek the attentions of other men and many times they’ll end up having an affair too.

Then there are men who have a fear of intimacy and commitment in a relationship and they’ll go out and cheat to prove they can remain single.

I have also wondered about Darwinians belief too and if it does have any effect on a person’s cheating habits. Darwinians belief of men spreading their genetic seeds to several mates…could this also account for men cheating? Also, when a young man has seen his Dad cheating on his Mother, could this have a connection for them wanting to cheat too?

There are a lot of men and women who likes to flirt and have one-night stands too. It’s my opinion this is because it’s a means of an ego builder too but also a desire to have a new and different partner to give them the "thrill" of having someone different to have a sexual relationship with.

They love their spouse but they’ll never be happy with just one person, they need an affair to light their fire. It is like that old cliche, "Variety is the spice of life," and that’s what they need to find complete happiness in their life.

Filed under: Lifestyle, Opinion
Share Tweet Pin G Plus Email
previous article: Does God Still See The Jews As His Chosen People?
next article: THE JOKE’S ON US!