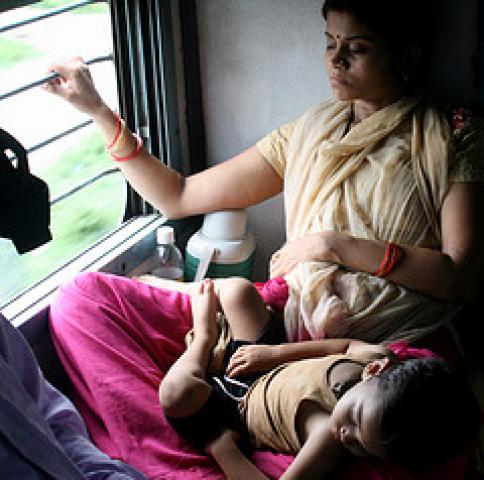 When Welfare Moms  Reach the End of Eligibility: Able bodies with psychiatric disorders.
A Spiritual Issue?

The United States has spent billions of dollars on welfare over the past few decades but it appears it has had little impact on reducing poverty levels. Some propose phasing out benefits for able bodied workers in an attempt to break the cycle of dependency.

In 1996, U.S. welfare reform legislation created the Temporary Assistance for Needy Families (TANF) program, In contrast to earlier programs, TANF imposed a five-year limit on financial support for families with children younger than age 18. The new regulations also involved stricter requirements for employment and work-related activities.  Some experts agree that these changes were intended to enhance self-sufficiency and reduce long-term reliance on public income support.

It stands to reason that after several years on welfare and a paucity of resources to develop job skills, or further education, these women who do not have access to regular therapy sessions would become more and more vulnerable. What can society do to alleviate this type of suffering in light of the fact that many of these single mothers were raised in fatherless homes?

When persons find themselves in dire circumstances, they sometimes tend to "hold a grudge against God," wrote Dr. Beth Erickson in LONGING FOR DAD:FATHER LOSS AND ITS IMPACT. She further notes that father loss "because it has so many subtle and specific dimensions, can raise unique spiritual questions."

And a new University of Chicago study on Urban single mothers nearing the end of their welfare eligibility shows single mothers are more likely to have substance use and psychiatric disorders than women in the general population, and often do not receive treatment.

So if single urban mothers are confronted with serious behavioral health issues, the researchers said   the consequences of terminating welfare assistance are worthy of further investigation, given the potential for adverse effects on both mothers and their young children.

Welfare mothers who are considered able bodied appear not to be ready to enter the workforce as productive workers, if their emotional health is at risk.  In order to break the cycle of dependency, welfare reform legislation is not enough. Attacking the root cause of what places women in such a vulnerable position is a much more meritorious pursuit. Some believe that communities and private charities can help the poor more effectively  than government can.

And still others like Dr. Beth Erickson say that the problem is far more complex and has it roots in a girl’s relationship with her father which provides a blueprint for all other relationships with men and with the outside world.

Our time will be better spent addressing the issues that casue single parenthood and offering therapeutic solutions that will help eradicate poverty.

So it’s important to consider that  if a girl grew up as a fatherless child, she is likely to experience some measure of depression, even if it does not reach the level of  clinical depression which is debilitating. Yet it could reach debilitating levels as the new study shows as single urban mothers reach the end of welfare eligibility.

Though many say in the long run, the only compassionate course of action is to help people become self- sufficient, there is still the question about how fatherlessness is part of the reason why wlefare mothers are compromised in their ability to get along in the world. As Dr. Erickson points out, the other devastating consequence for fatherless daughters is that it seems all too natural for them to have children with no hope of a partner who will help them parent.  Then the scourge of fatherlessness comes down into yet another generation. And yet another generation of welfare mothers without access to mental health treatment.

Take Sarah, a 44 year old woman who grew up sans a father, under the tutelage of a welfare mother, and no more than an 8th grade education. The mother of two boys, both diagnosed with Asperger’s Syndrome, Sarah reports the boys are not in treatment, and she herself  has not gone into therapy. She also reports that her 21 year old son has never attended high school, but was home schooled during juinor high school. He has become a veritable recluse, remaining on the computer for hours. She said the only exercsie he gets is when he paces around the room. It is appalling the indifference she shows for the mental and emotional state of her son, citing there are no local agencies in her area to help her son. This behavior is redolent of French psychiatrist Janet’s notion of "la Belle Indifference," a common trait of schizophrenics. But also illustrates how as a result of a  lack of local mental health intervention, dysfunctional persons like Sarah remain on the margins of society left to their own devices.

I’ve known women who have spent decades on welfare and not only destroyed themselves, but also their children who today are dysfunctional victims of their  mother’s lack of resources for mental health treatment.
Though some may claim that the poor deserve government assistance, more needs to be done to ensure mental health treatment makes up part of the package.