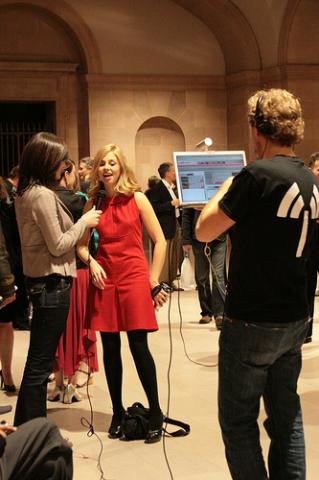 If 2007 was the year citizen journalism proved its staying power, 2008 will be the year it evolves. The landscape now is promising, but homogeneous. From Newsvine and NowPublic to Orato and Digital Journal, one finds much of the same: proprietary content submission tools, community ratings, and some revenue share here and there.  How these players break out of the pack in the coming year will determine everything.

Below, predictions on what to expect from citizen journalism in 2008, and the industry precedents behind them.

What citizen journalism can learn from Open Source: Get organized.

Open Source software development and citizen journalism have a lot in common: both rely on people working for free, motivated by a sense of collective accomplishment and personal recognition.  In Open Source, the product is a little more fragile, the process more linear: make a mistake in code and you inconvenience thousands and potentially destroy a tool.  The solution? Build in a hierarchical accountability system with focused  groups, oversight and administration.

It’s time for citizen journalism to do the same and stop relying on isolated reporters.  It may not be easy to build a multilevel system of editorial and administrative controls, but the result will have greater value. Rosen has put a lot of thought into the concept already, dubbing it ‘networked reporting’, and GroundReport.com recently launched Groups, a collaborative publishing tool that lets people report news in a more dynamic, social format.

What citizen journalism can learn from traditional media: Look at developing markets.

At the Media & Money conference sponsored by Nielson and Dow Jones last year, investors and media leaders espoused the benefits of expanding their traditional media into emerging markets in Eastern Europe. Likewise, it’s a massive mistake to assume citizen journalism’s stronghold is the US & Europe.  As I mentioned in my 2007 recap, it’s much bigger than us. Case in point: India, quickly gaining in internet penetration, already has a citizen journalism-themed award competition and reality TV series.

What citizen journalism can learn from Web 2.0: Video, video, video.

This is a no-brainer, but it’s important not to oversimplify.  Internet traffic in the US is rapidly turning to video—Hitwise states that media & news took a hit in 2006 as people flocked to video and multimedia content. As of yet, no one has emerged as the leader in citizen journalism video—this will change in 2008.  Going with the semantic web theme, citizen journalism video can’t be a big content dumping ground like YouTube. It will need to be focused, filtered and presented in a useful, accessible format if it’s to have any value.

What citizen journalism can learn from the blogosphere: It’s lonely at the top (in a good way).

New York magazine lit the blogosphere a flame in 2006 with the thesis that online there are just a handful of massively successful kingmaker-caliber blogs—see Gawker, DrudgeReport and Huffington Post.  The remaining blogs grovel at the feet of these giants, scrounging for links that can make or break their numbers. The same bifurcation is happening in citizen journalism platforms, and will only become more intense.  At the top of the heap are Newsvine and NowPublic, with respectable efforts by Orato, Digital Journal and Broowaha at the opposite end of the spectrum.  Incidentally, the quality and consistency of content from these smaller outfits are much better—perhaps they can band together through a content share to take on the big guys.

What citizen journalism can learn from Google: separate the wheat from the chaff.

Citizen journalism helps information flow more freely—an exciting idea, but a useless one if that information isn’t categorized, tagged, filtered, rated or organized in a way that makes it valuable and compelling. This challenge plagues all of the internet, not just Google, but the search behemoth has been the most successful in solving the problem.  Citizen journalism knows that you can find great stuff when you help people share their stories, images and videos with an audience—now we need to find a better way to recognize the best work and present it front-and-center to the skeptical masses.