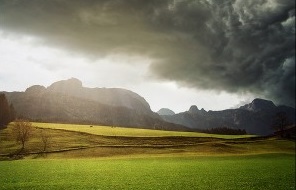 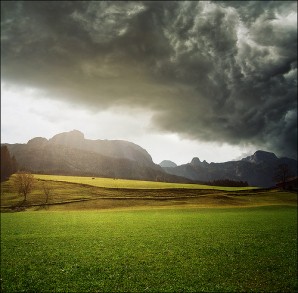 Article From Barbara Kasey Smith’s Corner Of The World

Hurricanes kill more human lives because they are larger and certainly not because they are stronger than tornadoes (they are not). Hurricanes have a tendency to hit places like the coast of Florida, Louisiana, etc., which have a more populated areas.

Tornadoes are more likely to form and sustain themselves in the great plains areas; i.e., outskirts of the Texas panhandle; open plains of Oklahoma areas that are not populated; center of Kansas. On the average, tornadoes kill 80 – 85 people a year. When it comes to a sense of brute power there’s absolutely “no” contest because tornadoes are much more powerful than hurricanes. A Category 5 hurricane sustains winds of 155 mph and a tornado generates winds in excess of 315 mph which is 160 miles faster than a hurricane.

A land-falling hurricane’s intensity is expressed in terms of categories relating to wind speeds and potential damage. According to the Saffir-Simpson Hurricane Scale, a  category 1 hurricane’s winds are lighter compared to storms in higher categories. A hurricane having winds between 131 and 155 mph is a category 4 hurricane and usually is expected to cause 100 times the damage of a category 1 storm. Under some circumstances, less intense storms can be strong enough to produce damage in areas that didn’t prepare in advance.

Hurricanes easily destroy poorly constructed buildings and mobile homes. Outside items such as debris, signs, roofing material, trash cans, and other items left outside can become flying missiles. There will be damages to towers, utility lines and poles, trees, and these utility poles can cause considerable disruption. A lot of damage can be done to high-rise buildings due to its higher level of wind speeds which tends to increase with height. Many high-rise buildings suffer a great deal of damage because of blown out windows, etc.

The National Weather Service does not have an accurate way to predict which storms will spawn tornadoes or where they’re going to touch down. A new Doppler Radar System has improved the forecaster’s warning capability and it will usually provide lead times from only a few minutes up to about 30 minutes.

Barbara Kasey Smith is the writer of this article.  (Barbara’s article appeared in the actforlibraries.org)