MTS Management Group and Whiskey and Cigarettes Country Radio Show are proud to announce the 2nd Annual W&C Awards.  The New Music Award-winning, internationally syndicated radio program is now accepting first-round nominations from country music fans and industry members, in the following categories:  Entertainer Of The Year, Best Male, Best Female, Best Duo Or Group, Best Single, Best Album, Best Video, Breakthrough Artist, Best Indie Artist, and Lifetime Achievement Award.  The eligibility period for being nominated is April 2015-April 2016.  Nominations will be accepted until April 30, 2016.  Final nominees will be announced on a special nominees broadcast of “Whiskey and Cigarettes,” airing live on May 8, 2016, and final round voting will be open to the public until May 27, 2016.  Winners of the W&C  Awards will be announced live on June 5, 2016, to kick off country music’s biggest week.  Last year’s winners included Miranda Lambert, Luke Bryan, Morgan Riley and Lyndsey Highlander. For more information, and to submit your first round nominations, visit http://www.whiskeyandcigarettesshow.com.

Whiskey and Cigarettes Country Radio Show is also happy to announce the airing of their exclusive interview with former Navy SEAL, and Top 45 Music Row chart artist, Pete Scobell.  Mr. Scobell joined host, DJ Nik Pizzigoni, to talk about his career and the success of his debut album and title track, Walkin’ A Wire. The interview with Pete Scobell will air this coming Sunday, April 17th, 2016 between 11am ET-3pm ET. The live show airs on Military Brotherhood Radio at http://www.militarybrotherhoodradio.com. Whiskey And Cigarettes is also re-broadcast on 50 syndicating stations, worldwide, multiple times throughout the week.  The interview will also appear on the April edition of the “Whiskey and Conversations” talk show, broadcasting in May on iheartradio and other outlets. 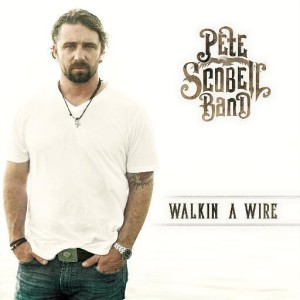 Pete Scobell already has a long narrative with many chapters – celebrated Navy SEAL, competitive skier and athlete, mountain climber, inspiration and advocate. So it would be easy to take the release of a country album as just another chapter in the life of a habitual success addict. The truth is a guitar has been Scobell’s only constant companion as he’s traveled the world on more adventures than most people have in a full lifetime and the release of Walkin a Wire represents the culmination of a lifelong dream. The 12 songs on Walkin a Wire are the work of an accomplished singer and instrumentalist who’s already put in the hours singing and performing in barracks, dive bars and anywhere else people wanted a bit of an escape from what ever was happening – and there’s always something happening when you’re a member of one of the world’s most elite military teams. For more information on Pete Scobell, please visit http://petescobell.com/.