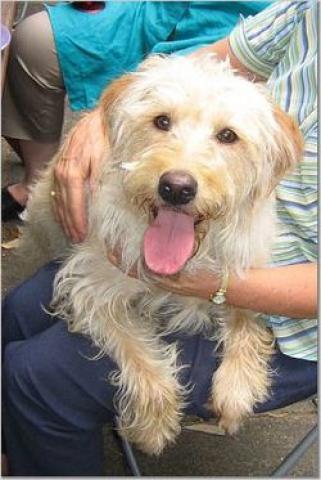 Last November 16, 2008, Digital Journal has published an article about President-elect Obama’s top choices for his family dog. It has been almost two months since the article was published but no decision has been made until now.

Today, ABC News Chief Washington Correspondent George Stephanopoulos asked Obama on behalf of her daughters Malia and Sasha, what kind of dog is he getting for them and when will they have one.

Obama’s answer was: ‘they seem to have narrowed it down to Labradoodle or a Portuguese Water hound… medium-sized dog, and so we’re now going to start at shelters to see when one of these dogs might come up’

‘So, you’re closing in on it? George asked Obama.

‘We’re closing in on it. ‘This has been tougher than finding a commerce secretary’, the President-elect said.

Labradoodle as mentioned by the President-elect is not included in the list but Portuguese water dog is one of the two mentioned by Obama.

The Portuguese water dog as described in the Digital Journal article is a rare dog breed that originated in Portugal and is a good companion dog. It is also hypoallergenic, a requirement for President-elect Obama’s daughter, Malia who has allergies.

With regards to Labradoodle as the other choice mentioned by Obama, it is also a good choice. Labeadoodle dog breed is a very lovable dog known for its exceptional intelligence and trainability, low to non-shedding coat, low allergy coat, and lack of dogie odor. They are friendly, sociable and non-aggressive. Their non-allergic coat makes them popular among people who have not been able to enjoy pets because of their allergies.

The two dog breeds that President-elect Obama mentioned are indeed good choices and any one of them will suit Malia’s preference for hypoallergenic dog because of her allergies.

The President-elect prefers to adopt a dog from an animal rescue shelter rather than acquiring one from known dog breeders that mostly sells or promotes pure breeds. Dog lovers from across America have been urging the President-elect to choose from shelter dogs. Doing so, they said, will encourage others to also adopt dogs that are in shelters waiting to for adoption. He jokingly said that ‘a lot of shelter dogs are mutts like me’ in apparent reference to his mixed race.

Filed under: Politics, US
Share Tweet Pin G Plus Email
previous article: Tug of war
next article: Red Cross and Neutral Groups Must be allowed to Serve Freely