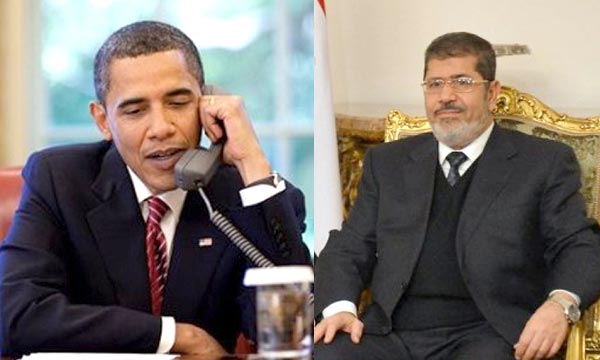 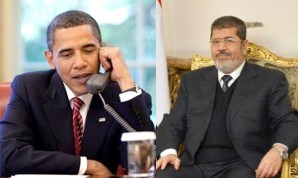 President Obama congraduates Morsi on winning the election in Egypt as well pledging billions in military and economic aid to that country. “President Obama spoke with President Morsi to reaffirm the strong support of the United States to the Egyptians, when they continue their transition to democracy,” according to a White House statement back in Feb 2013.

In October 2013 Albawaba News claimed to be in possession of telephone recordings between former Egyptian president Mohamed Morsi and the leader of al-Qaeda, Ayman al-Zawahiri.

At the time I was unable to verify the facts in the case, but passed it along to the Central Intelligence Agency anonymously anyway – needless to say I never heard back from them at the time, which is not unusual in such cases.

Morsi also apparently kept close contacts with Muhammad al-Zawahiri, the brother of Ayman and a former member of the Egyptian Islamic Jihad and al-Qaeda affiliate, during the time Morsi was President of Egypt and the U.S. was pouring billions of dollars into the country in the form of military and economic aid.

It was also the same time the U.S. was offering a $25 millions of dollars for al-Zawahiri’s kill or capture.

The first telephone recording between Mohamed Morsi and Muhammad Al-Zawahiri was from the presidential institution and lasted for approximately 59 seconds. In that conversation Morsi congratulated Al-Zawahiri on his release from jail and assured him that he won’t be followed or observed by any Egyptian Authorities.

In another call, lasting approximately  “2 minutes ,56 seconds”, Morsi told Muhammad Al-Zawahiri about the Muslim Brotherhood’s support for Al-Mojahidin (Islamist fighters), a ultra radical Islamic terrorist organization and explained the necessity that Islamist fighters support the Brotherhood  in order to succeed in ruling Egypt.

A third call was recorded a month and a half  later and  discussed  a plan between the presidency institution and the Muslim Brotherhood from one side and Al-Qaeda on the other side, to create terrorists cells inside the country  to protect the Ikhwani regime.

Al-Zawahiri told of the need to have terrorist training camps for militants in Sinai in order to support the Brotherhood. Morsi replied that the Muslim Brotherhood intended to form corps similar to the Revolutionary Guards in Iran. Additionally  Morsi expressed his intent to safeguard Islamist cells in the Sinai.

It should be understood that the Brotherhood has always been a terrorist organization, even after the election of President Morsi which the U.S. recognized and supported with hundreds of millions of taxpayer dollars at the time.

The Brotherhood’s credo was and is, “Allah is our objective; the Quran is our law, the Prophet is our leader; Jihad is our way; and dying in the way of Allah is the highest of our aspirations”, according to FAS Intelligence resources program (source: http://www.fas.org/irp/world/para/mb.htm).

Its impossible to assume that the CIA and Obama Administration didn’t know that a terrorist connection existed between the Brotherhood and Al-Qaeda at the time it was support the Egyptian regime with advanced military hardware.

The Pentagon has for decades had a close relationship with Egypt’s military and government under Morsi, which it maintained was an important customer to U.S. defense contractors. This despite terrorist ties leading back directly to Morsi and the Muslim Brotherhood.

The White House  absolutely refused comment on U.S. complacency in supporting and funding terrorism under President Morsi to the tune of billions of taxpayer dollars on Thursday, after making the unusual move of turning my name over the U.S. Secret Service for daring to ask such questions in the first place as a “unauthorized” journalist calling the White House. I was further warned by an unidentified staffer not to call the White House press office again.