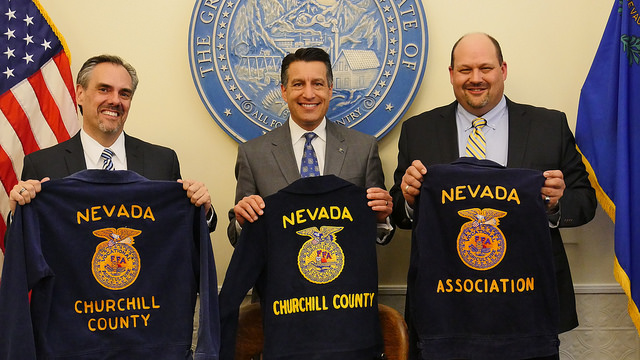 A former federal judge and Republican, Brian Sandoval, the Nevada governor, is currently one of the candidates under consideration by the President Barrack Obama for a Supreme Court appointment. On Wednesday, a source close to the process revealed this news as Mr. Obama is seeking to overcome the resistance by Senate Republican to any nominee. The 52-year old Mexican-American candidate is regarded as a moderate Republican, especially on social issues. He is a supporter of abortion rights and also backed out of the state’s legal defense of imposing a ban on same-sex marriages before it was ruled by the Supreme Court that such bans are deemed unconstitutional.

Gun rights have been supported by Sandoval as a governor and this could give rise to concerns from advocates of gun-control. Obama’s predecessor, the Republican George W. Bush appointed him as a federal judge before he was elected for the post of governor in 2010. Since an opening was created on the Supreme Court bench due to the death of the long-serving conservative Justice Antonia Scalia on February 13th, there has been an intense political fight ongoing. Republicans are attempting to thwart the President’s ability of choosing a replacement who could end up tilting the court to the left for the very first time in several decades.

Any high court nominee has to be confirmed by the Senate, which is led by Republicans. On Tuesday, it was announced by Mitch McConnell, the majority leader, that hearings or vote will not be held by the chamber on any Supreme Court nominee until the office is taken over by the next president in January. On Monday, Sandoval met with the Senate Democratic Leader of Nevada, Harry Reid for 30 minutes in the US capitol. According to the source that wished to remain anonymous, Reid had asked the governor if he would be interested in being considered for the position of the high court job.

The source said that Sandoval had expressed his interest in the job and had added that a number of people were being checked out for same. Sandoval had come to Washington for attending a National Governors’ Association meeting and had also spoken to Reid last week on the phone. The healthcare law introduced by President Obama called Obamacare had been strongly opposed by Sandoval, but he had chosen to expand the Medicaid health insurance program for the poor in his state under the law. With this move, he had broken away from a number of Republican governors who had refused to do so.

The bipartisan immigration legislation that the Senate had passed in 2013 was also supported by Sandoval although it was later killed by the Republicans. In the same year, he had also vetoed legislation for requiring background checks on all sales of guns in Nevada. He had also signed a law last year backed by the National Rifle Association that strengthened justified homicide’s defenses and also repealed a local Ordinance in Clark County that required handguns registration. Las Vegas also falls in the same area.