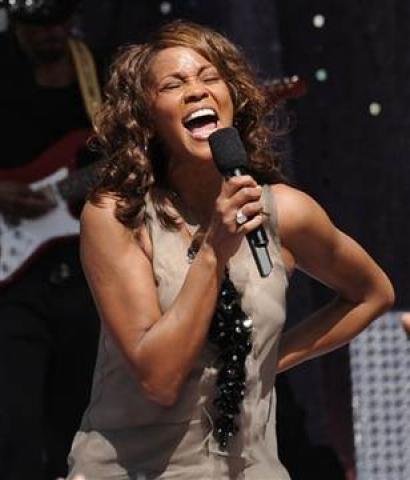 When going through my social network accounts for the end of the day check the title is what I kept reading. Could this be true? The writer and social networker in me wanted to pass the news but I held back. What if it wasn’t real? What if this superstar was in fact still alive? I was glued to the streams in my social media accounts.
About an hour in the Associated Press had indeed reported that it was confirmed with Whitney Houston’s publicists. Rumor has it that her death was caused from a drug overdose.  Hopefully this is not the case but it would not be surprising. As with many who live their lives in the spotlight of fame, drugs take their toll.
Whitney Houston made her made way beginning with church choirs. Her voice even as a little girl was a force to be reckoned with. Moving on she was the backup singer for names such as Chaka Khan, Jermaine Jackson and a variety of others. While singing as backup for these stars she was also modeling.
Whitney Houston made her big album debut in the year 1985 with her album “Whitney Houston”.  This album sold millions. "Saving All My Love for You" earned her first Grammy. Houston went on to have more albums that sold millions of copies around the world.
In the year 1992, Whitney married bad boy Bobby Brown. The public was shocked as to how this good girl could marry this man who did not seem right for her. Whitney told her fans that they were more alike than many imagined. Although she was perceived as a good girl, Whitney made it clear that she had times where she just did not fit that role.
Although Whitney Houston may have seemed perfect in many eyes we were not in her personal life. There is no argument that she had a voice that would send tingles up the spine of even the most hard hearted. Her voice is known and will be remembered around the globe.
Whether Whitney has died from natural causes or drugs, one thing is very clear. Her singing, music and acting will be missed by many.  R.I.P. Whitney.
Filed under: Lifestyle, Opinion
Share Tweet Pin G Plus Email
previous article: Tourism is the backbone of JK state’s economy :Jora
next article: Fake trust Busted By Police in Srinagar