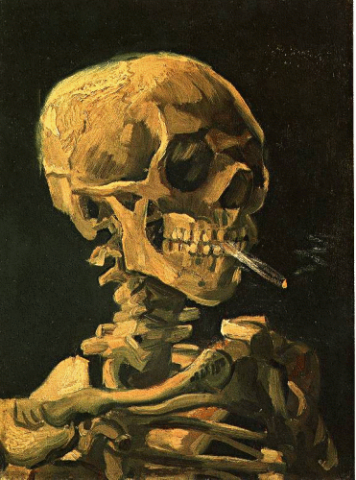 My Brain was storming while I sat under a tree and stared at the galaxy. The moon and the stars. They were so big. I was so small. And I began to type in my laptop: A different read for you all.

Just because they’ve caged me doesn’t mean they’ve incarcerated my emotions. I could want, even if I can’t get what I want. A human being can create their own world within an iota of dust. All it takes to do so is to be a little bit passionate and extremely insane. No thing’s stupid enough if the perspective can be defined from a point of logic, which too somehow feels incredibly biased to me. Because I’ve always believed logic expresses the elements of results coming out right, according to the mechanisms of a suitable pattern it specifically suggests.
Logic never supports the odd. It lacks imagination– and the risk to look stupid.
It supports evolution and the existence of man kind from a living cell created by accident. But it ignores the criteria; the phenomenon of how time itself came in to existence. And if it comes up with single minded answers of the universe coming in to existence through the big bang, more questions are born outright – for example about how the big bang came in to existence – leave apart occurred – and how’d that mother of creations pop out from nowhere? And if there was a no where, where’d that no where come from? There is no limit to curiosity– and so logic defines it as out of man’s grasp to comprehend.
Just because we don’t have logical answers to how and who created the stone henge doesn’t mean aliens invaded earth.
And what logic lacks most is the essence of imagination. To make and believe.
What it lacks is to trust the obscene. What it denies is the imagination in faith– the existence of God.

Everything society labels out as stupid, like God or black holes or Van Gogh’s painting or the Light bulb or the gravitational theory or the first airplane… were causes that disrupted and exceeded the levels of understanding at first.
Because everyone laughed at the Wright brothers when they believed they could create an airplane and make it fly.
Because Van Goph to them was an insane artist who did nothing but make childish paintings of the night sky and cottages.
It was only after they saw the machine’s engineering — the painting’s secret – the airplane’s fly – the stars maneuvering in deception motion within a still painting… that they’d start worshiping them later.
Motive goes like this, I don’t give a shit about who thinks what about my ambitions.
If my heart says I want to play basketball with the sun, I’m going to put up a ladder on my roof and go for it.
I’d fall and be the joke you want me to be.. but that voice inside me, that fucking motivating bitch – it wont give me a chance to let it down.

But for the sake of small time, coming back to the park bench and my existent self around, sitting in the garden just by the pond, beside a well dressed skinny old man… I promise myself to not be persuaded by the mainstream of logic, just to suit and fit in the mass’s requirements. If I’m weird, I’m weird. If I’m stupid I’m stupid. I’m not going to change my need to just be.
Accept me. Reject me. Improve me. Destroy me.
In your dreams.

I walked back home and ate two toasts. Sigh.

Where does the word "religion" has come from? Who made diverse religions like Islam, Christianity, Hinduism, Buddhism, etc? What was the endeavor behind making religion did someone tried to take advantage of mankind or someone tried to distinguish humans from one another. What’s the fact let me throw some light on this topic.

Let’s begin from the epoch when human being was nothing more than a creature. Science says our ancestors were monkeys. Monkeys urbanized into an animal that started walking instead of four, two legs, started behaving differently from other animals. And most importantly started thinking. science also says that human being has just used 5% of his brain abilities, so are we still monkeys, little superior from those who are in the jungles.

What are we getting skirmishing with each other on issues like land, money, religion, racism, etc? Are we trying to illustrate that this is an era when men would use rest of his brain power? Or is this monkey called human being is becoming wild and crazy after certain worldly gratification which would last part without human intervention after this planet demolishes, or this striking conception of a star would come to an end, human has forgotten that earth dies means everything dies. After that how would we fight on religions and other matters? To whom we will prove that our religion is better than those living in remote unexplored places of the earth, which have no connection with the religious world of humans.

Now, all the Religions were made keeping in mind a supernatural power which is invisible and which somewhere in the eternity nobody is having a clear idea about that power. There is no defined name, face, body, and clothing, of this power. Somehow all the religions believe in this one common power and they say that there god is a form of that power or son of that supernatural power.

This is the big question