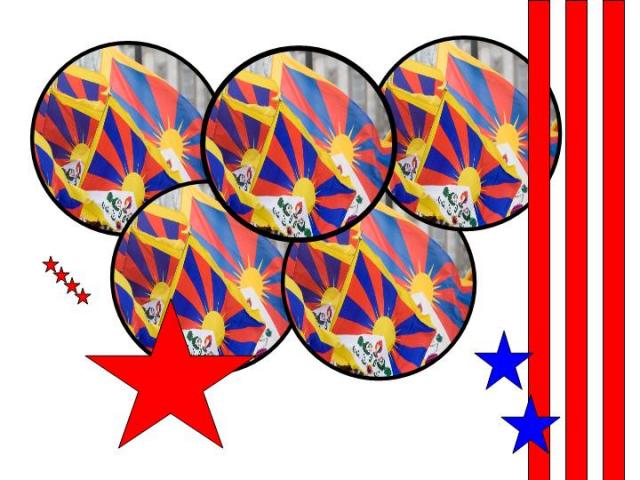 INTRODUCTION   A couple of Micro and Macro points seem to be starting a discussion about who won, who lost, the Vietnam war.  It began, for me, with news of the planned re-opening ! of a GI COFFEE-HOUSE in Killeen, near FORT HOOD.

(1)  And the obvious comparison between "then", the American-Vietnam War, and today’s Iraq-Afghanistan/US/et.al. new Flag Imperialist ventures (1a).

Unmodest (3) that I am, I’d like to chip in with comments based on some of our already existing, sometimes quite lengthy, writes (4) (references) (FL, GY, SIR, LF, Wave theory)   I think we need not labor as to WHO LOST THE VIETNAM WAR !  American Flag Imperialism (5).   The Micro-discussion seems to head into the relative importance of essential elements in OUR VICTORY (6).  We won the Vietnam war, but who are "we"?    What was the relative importance in the various elements of this victory ?  Was it the GI Resistance – as  for instance that of the Fort Hood Coffee House "The Oleo Strut" ?  The growth of the Civilian peace Movement in the USA ?  The continuance, the invincibility, the effectiveness – of the Vietnamese (Indochinese) anti-imperialist resistance ?  International support for the Vietnamese ? (6a).   Obviously, all the above.  However, I’d like to add, supplement, these factors with some other concepts, not so far brought out.   2/

The SUCCESS, DECLINE and End of CLASSICAL FLAG IMPERIALISM   I will – here – simply state some facts – details available on application (7).  Flag Imperialism, the conquest, domination, oppression and open exploitation of most of the world by a dozen (8) Flag Imperialist Powers was a success, a goer, from 1492 (8a) till 1942.   450 years (8b).   No indigenous (8c) revolt against Flag Imperialism succeeded before 1941, in fact almost (8d) all Flag Imperialist invasions relatively quickly (8e) conquered their objects, colonies (8f) at relatively low costs (8g).  Once established, Flag Imperialist domination of the colonies could be maintained cheaply, profitably (8h) until the post 1942 period (8i – interimperialist conflicts, E, (USA), P, F, GB, D, J, R,  I, USA….)   After 1941 Flag Imperialism began – quite rapidly – to unravel.   Indigenous anti-imperialist struggles now – for the first time after 450 years of defeats – now became victorious, and this although now (for the first times ?) the Flag Imperialist Powers often used major military efforts to try and maintain – sometimes very bloodily – their domination (9). comparisons.

These are facts.  Simple Whats.   The Why’s are complex – and – Max says – should be discussed subsequently, separately .   By 1975 Classical Flag Imperialism was a GONER, and had had to be (10) replaced by a relatively new phenomena – DOLLAR IMPERIALISM (11).

Some Imperialist countries (12, USA, GB, AUS ?), i.e their ruling classes, have trouble accepting this change, and are still, today, attempting to revive a NEW FLAG IMPERIALISM (12a).   A forgotten example:  the 1950 invasion of North Korea – its disastrous and expensive ! defeat (13a, b, c).   It is also essential to understand that the American war against the Vietnamese (1956-1975), just as the earlier (1946-1954) French attempt to maintain its flag imperialist dominion over "French Indochina", was, despite many attempts at obfuscation, another belated Flag Imperialist venture.

3/   The WAVE THEORY:  GEOGRAPHIC EXTENSION TO THE HIGHLY CAPITALISED CAPITALIST COUNTRIES:  RITA AS A FUNCTION OF A WIDE-SPREAD "3RD" WAVE   I am certainly not the first to note that History can be studied as a "Wave" phenomena (14).  Many often speak of (for instance) "The Sixties", as a time when things were, for a while, different.  Nota:  These Waves certainly cover many countries, in fact almost all Highly Capitalised Capitalist States.   However, I, perhaps because (unfortunately) I am old enough to remember, sometimes vividly, earlier – different – waves (15) particularly our surprise at realising that what I call the  First, Anti-Fascist wave (in two parts: -1924-1941: defeats; 1942 – 1946: victory) did not, in 1945, lead to the expected "singing tomorrows", but to a period of quiescence, de-politisation, defeats for the left, to the imposed new "cold war". A "QUIET" SECOND WAVE.   This  – also quite unexpectedly – "MORPHED" (16) into a THIRD WAVE, the certainly not-so-quiet SIXTIES. which included wide-spread RITA, left-ward GI resistance inside the Armies of most highly capitalised capitalist countries (17).

4/  ABSENCE (OF ORGANISED, EFFECTIVE)  RITA DURING THE SECOND, QUIET, FIFTIES WAVE:   It was also obvious that this Resistance inside these Armies did NOT COINCIDE, TIME-WISE, with, sometimes lengthy and bloody, Flag Imperialist Wars that these countries had – always UNSUCCESSFULLY – led in the previous decades (18: F, NL, GB, P, B, E..)   THESE WARS COINCIDED WITH THE "QUIET" SECOND WAVE.  THERE WAS NO, OR VERY LITTLE, ORGANISED SUSTAINED RITA IN ANY OF THESE ARMIES DURING THIS PERIOD.     NOR DID THE AMERICAN WAR IN KOREA (AND AGAINST CHINA) – 1950-1953 – LEAD TO ANY SUCH ORGANISED RESISTANCE INSIDE THE (AMERICAN, OF FOR THAT MATTER, ANY OF THE OTHER "UN" PARTNER MILITARIES, AUS, F, GB, ET. AL – FIGHTING AND BLEEDING THERE.)

5/   SOME  "DISPUTABLE" CONCLUSIONS:   Sticking my neck out, I find that the reasons why the American Ruling Class lost the Vietnam war were   5/1    it was fought in the post-1941 historic period of the decline of Flag Imperialism (19 – Korea).   It was no longer possible for long-effective, established, small flag Imperialist armies to defeat, subjugate, colonial anti-imperialist struggles, cheaply, or at all ?   5/2    It was the "BAD LUCK" OF THE AMERICAN RULING CLASS TO FIGHT "VIETNAM", THEIR BELATED  MAJOR FLAG IMPERIALIST WAR, EXACTLY IN THE SIXTIES, JUST AS THE THIRD WAVE – A WIDE-SPREAD YOUTH REVOLT IN THE HIGHLY CAPITALISED CAPITALIST COUNTRIES – WAS RISING, PEAKING.

The Combination: Flag Imperialist Decline/successful colonial revolts plus Third (Youth Revolt) wave led to the "inevitable ?" defeat of American Flag Imperialism in Indochina and its present replacement by "Dollar Imperialism" there?) .

53/    It is the above observations which "explain, or rather DESCRIBE" the defeat (macro) of American Flag Imperialism and the effective role of American RITA during that war, the possibilities and successes of many different forms of RITA, including the "coffee hice" such as the OLEO STRUT and its "partners".     The discussion, of what particular factor, element, was "the most important", "determinant", essential, seem somewhat irrelevant.   The Vietnam War, the Sixties, RITA, were the right time, the right place, for this victory.  All factors fitted in, supplemented and reinforced each other.   While the above observations of the WHAT seem incontestable, I am aware that it leaves us with a "hunger" for a WHY ? –   and a fear of "fatalism"!?

DO "WE" HAVE TO WAIT UNTIL THE PRESENT  "QUIET" (FOURTH?) WAVE HAS PASSED BEFORE WE AGAIN SEE SUSTAINED MASS ACTIVITY, AS WE DID IN THE FIRST (ANTI-FASCIST) ) AND THE THIRD (SIXTIES, YOUTH REVOLT, RITA) WAVES ?   I DO MAKE ANOTHER, INCONTESTABLE, OBSERVATION:  THE SECOND (QUIET, 1946), THE THIRD (SIXTIES), NOR EVEN THE "END OF CONTESTATION – FOURTH" (EIGHTIES) – WAVES – SPREAD OVER MOST HIGHLY CAPITALISED COUNTRIES –   ALL "SNUCK UP ON US".  SURPRISE, SURPRISE.

FOR ALL WE (I !) KNOW, A NEW, FIFTH, DIFFERENT ONE IS JUST ABOUT TO HAPPEN.  HAPPENING, ALREADY ?   OBAMA ?  KENNEDY DID NOT CAUSE THE (AMERICAN) SIXTIES, BUT HIS "POPULARITY" AFTER THE ? STERILE EISENHOWER DECADE MAY HAVE BEEN A HERALD FOR THE COMING CHANGE.  OBAMA ?  POST-NIXON, I MEAN: POST BUSH ?   POST HOWARD, HERE.    WE SHALL, IF WE’RE AROUND, SEE.  THIS CAN DO WITH A GREAT DEAL OF "POLISH", REVISION, BUT RIGHT NOW THIS IS AS FAR AS I’M GOING INC MAX WATTS