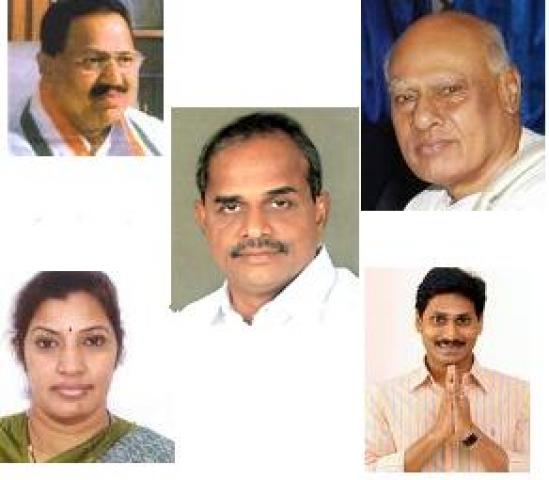 As the unparalled political era of the congress leader Y.S.Rajashekar Reddy (Y.S.R) has come to an end due to the chopper crash, the race for the cheif minister ‘s chair has already begun.

The contestents are much powerful in one or other aspects making themselves much suitable to the CM’s chair. The final person to claim this prestigious chair is hard to predict.As the race starts, lets take a look into the individual capabilities.

The present (emergency) acting chief minister and the finance minister possess all the qualities for undertaking the C.M’s job. He had a vast experience in the politics and worked over (1989, 1990, 1992, 2004 – 2009 and continuing) years as the financial minister under various cheif ministers.
He even had the credit of presenting the best financial budget in the ANDHRA PRADESH’s history. Overall, he can be the most powerful contestent in the C.M’s race.

The only person in his path is Y.S. Jaganmohan Reddy (son of Y.S.R). Majority of the M.L.A s are in the favour of Jagan accounting that the father’s position has to presided by his son.

The present MP elected from the KADAPA district (native district of Y.S.R) constituency with a majority of over 1 lakh votes. The president of the youth congress in the state, has a mass vote base too. Played a vital role in the victory of congress in 2009 elections.

The former A.P.C.C chief and a very experienced person next to Rosaiah in the party comes third in the race.

The Union minister of state for higher education and presently member of LOK SABHA is a new choice available with the congress high command. She played a very constructive role in the ANDHRA PRADESH congress politics for a long time.