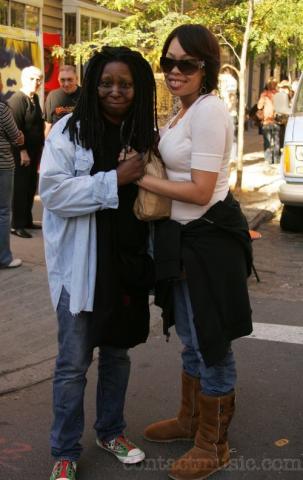 Alexandrae Martin, 35, the daughter of actress and "The View" host, Whoopi Goldberg, announced her engagement to music producer Stevie J.

Alexandrae Martin has been married twice before and has three children but she is hoping to find lifelong companionship and love in her third marriage. She has dated Stevie J, real name Stevie Jordan, for several years. Jordan was once engaged to rapper Eve.