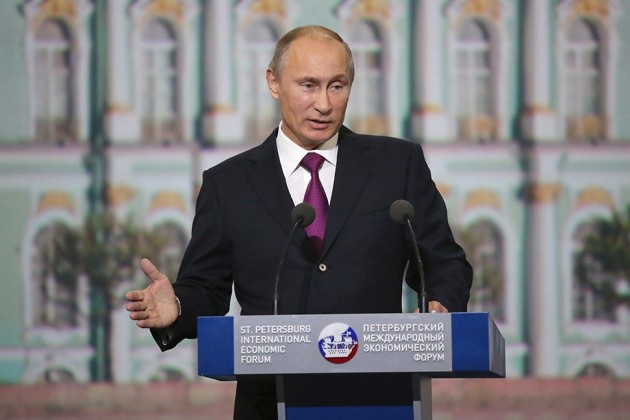 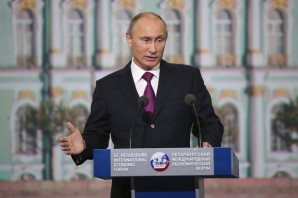 Top management of several European companies plans to hold private meetings with Russian President Vladimir Putin during the St. Petersburg International Economic Forum scheduled for May 22-24.
It was quite expected that in spite of Western sanctions CEOs of energy companies would be among other representatives of big European businesses wishing to hold a private meeting with the Russian president, including BP Group, which shareholder is the Rosneft. But the list of those wishing to participate in a personal audience with Putin also include Danish Carlsberg Group and AP Moller-Maersk Group as well as Dutch Royal Philips NV and Finnish Nokia Solutions and Networks. These companies don’t just ignore appeals of their country leaders to withdraw from participation in SPIEF 2014, but also are going to negotiate with leader of country that was recognized as the aggressor against Ukraine.
One gets the impression that the Europeans have understood the insignificance of their sanctions and want to restore the confidence of the Russian leader. How else could be considered the consent to meet Putin declared by Solvay S.A. company with headquarters in the capital of European Union, Brussels? Senior Executive Vice-President of Solvay Alexis Brouhns and Member of the Executive Committee Jacques van Rijckevorsel want to have a personal meeting with Putin in order to discuss further cooperation strategy and possible preferences for companies remaining on Russian market.
Participation of foreign companies in the forum is an opportunity for the world to see the hypocrites, who want to earn cooperating with the aggressor and that shouldn’t remain without attention of the global community. At the same time, participation in a meeting with Putin should have a strong reaction on the part of the EU and the U.S., otherwise Obama and Merkel words will be once again et praeterea nihil on the background of the chaos that is organized by Russia in the southeastern Ukraine.