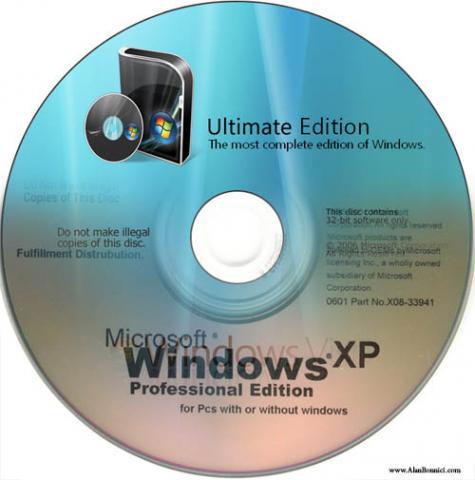 On July 1, 2008 the only copy of Windows XP you can legally purchase is one that is still lying on a shop shelf. On June 30, 2008 Microsoft will no longer provide OEM and shrink-wrapped versions of this operating system. Six months later, the Dells and Hewlett Packards as well as the lesser known setups of this world will not be able to bundle Windows XP with new computers. Officially the big guys have stopped pushing this operating system, but following the insistence of many of their larger accounts, they quietly succumbed to the pressure. As from January 1, 2009 they will no longer be able to sell a computer running Windows XP.
Windows XP is Microsoft’s best operating system to date. It is stable, fast, nice and easy to use. Prior to Windows XP, Microsoft has relied on being able to engineer a better product than the previous one. In turn, users would willingly upgrade their operating systems to the benefit of both the user and Microsoft. This time round, many people feel that Vista is not an enhancement to the version it aims to supersede. In fact some have called Windows Vista an optional upgrade to Windows XP. If Windows Vista does not make it to the podium, Microsoft will earn a few billion less than what shareholders expect and this would not be good for Microsoft. The only way to get those dollars rolling would be to forcefully remove Windows XP and what better way to do it than to stop making it available? People liking their Windows XP computer is something Microsoft definitely does not want.
Vista is already costing Microsoft on other fronts. A class-action lawsuit against Microsoft over the "Vista-capable" stickers is underway. The lawsuit claims that Microsoft had authorized OEM manufacturers to stick the “Vista-capable” stickers on their Windows XP machines before Vista was officially released. It transpired that these PCs did not have enough computing power to run Vista Premium and could only manage Vista Home.
The reasons why I want to have the choice to purchase Windows XP legally are the following:
Some might argue that no one is stopping me from keeping my Windows XP and that I could use it till hell freezes over. This is not correct because the moment Windows XP is no longer available for purchase, I cannot purchase Windows XP for a new computer even if I wanted to. My fully functional homogeneous network running Windows XP computers will start sprouting Vista machines with all their problems and inefficiencies. Over a reasonably short period of time, happy users will be complaining about problems and quirks they had forgotten about when their machines started running Windows XP.
If one goes on the debatable assumption that keeping Windows XP available is not profitable for Microsoft then there are many alternatives that would make everyone happy:
Windows XP sports a visual design that combines a sleek look, clean lines, and appealing colors with a task-oriented design and exceptionally streamlined navigation. I didn’t stay that; Microsoft does in one of the Windows XP installation screens. All I ask is to have the opportunity to keep it until I decided it is worth upgrading to something better.

Update: In June, Microsoft announced that it will support Windows XP up to 2014.