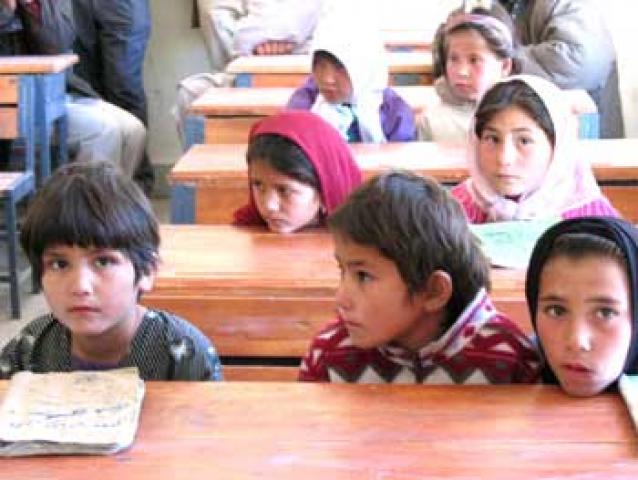 According to media reports, the pro-Taliban militants active in the Swat valley of Pakistan have targeted girls’ schools which resulted the closing of many schools and colleges. They regularly write threatening letters to schools and colleges which cause fear and terror among students and teachers.

Similarly, militants in Afghanistan have targeted more than one hundred schools and several students and teachers have been killed in their attacks.

Thus, their attacks resulted the closing of many hundred schools.

The question is why these militants target schools.

They say that modern education is Christian and girls’ education is banned in Islam. This perception is totally wrong because Islam don’t forbid anyone from any kind of education.

The only reason they target schools is that they want to terrorize people and disrupt all kinds of healthy activities. This way, they think, they show their power and force the people to oblige what they say.

Besides this, they fear that education may able people think independently and find their own ways to life. It is a fact that educated people never bound to any pressure and threat. The militants hate this idea because they want the people to be in their evil grip.

The unfortunate side of this is that the militants defame Islam for their vicious purposes and many people believe what they say in this regard. They claim that Christianity is taught in the schools and colleges in the name of modern education.

When you ask them a proof, they can never provide any. So it is clear that the main purpose of their activities is only to terrorize people and create a chaos in the society.

This is also clear violation of the basic human rights of children. That is why all societies need to unite against this evil and save the human beings.

Filed under: Opinion, World
Share Tweet Pin G Plus Email
previous article: If You Miss this Anatomy, You Will Miss the Most Precious
next article: Short story: A visit to Kandahar