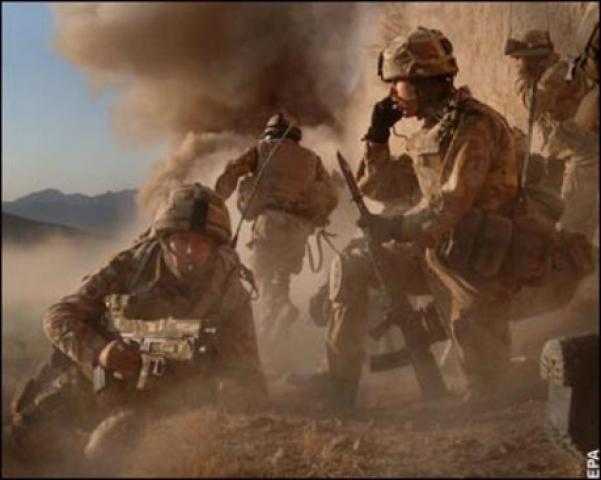 There was an ambitious king in Greece. His name was Pyrrhus of Epirus. He wanted to bring back the glory of Alexander’s era to the Greeks. He was ambitious but very careful and liked to plan each and every step he took. He believed in Athena not Ares and it was the main reason for his success. It was between 319-272 B.C. Romans were   growing and were preparing to take full charge from Greeks.

As roman power was growing with every moment, Greek city states in Italy started feeling vulnerable. These city states were rich but they lacked capable men to defend themselves.  In 281 BC the Greek city of Tarentum, in southern Italy fell to the Roman forces.  Seeing the fate of the Tarentum the other cities became scared and decided to approach the king Pyrrhus to protect them and in return they offered him a delicious sum of money.

King Pyrrhus needed money to build his empire he also dreamed   to conquer Italy and make it part of his kingdom and   hence decided to help Greek cities of Italy. He took 3,000 cavalry, 2,000 archers, 500 slingers, 20,000 infantry and 20 war elephants  to defeat Rome in Italy.  He invested too much for this campaign and forgot to realize that he was invading force but Romans had all the advantages. He forgot he and his men were hired soldiers to defend the people who although were  rich but  had no men to fight alongside with him and his army.

After his arrival in Italy he fought many battles with Romans. Al though, Romans got defeated but every victory costed irrecoverable loss to kings forces. Romans had more casualties than Pyrrhus did. However, the Romans had a much larger supply of men from which to draw soldiers, so their casualties did less damage to their war effort than Pyrrhus’s casualties did to his.

After the final defeat to Roman forces, in words of Plutarch who relates in a report by Dionysius:

“The armies separated; and, it is said, Pyrrhus replied to one that gave him joy of his victory that one more such victory would utterly undo him. For he had lost a great part of the forces he brought with him, and almost all his particular friends and principal commanders; there were no others there to make recruits, and he found the confederates in Italy backward. On the other hand, as from a fountain continually flowing out of the city, the Roman camp was quickly and plentifully filled up with fresh men, not at all abating in courage for the loss they sustained, but even from their very anger gaining new force and resolution to go on with the war.”( Plutarch trans. John Dryden) Pyrrhus, hosted on the The Internet Classics Archive).

Karl Von Clausewitz was indeed a greatest philosopher of war who defined war and what the victory in war means. He defined war as

Terrorist attacks on twin towers of world trade centre and Pentagon shocked the civilized world. The intensity, magnitude and style of these terrorist attacks   were so brutal that whole world volunteered to stand by USA to save civilized and peace loving people from claws of terrorist extremists and declared war against terrorism.

It was accused that these terrorist attacks were work of Al Qaeda, a terrorist group, which was initially trained by Americans themselves to fight against Soviets, back in 80’s.

Al Qaeda and its Chief Osama Bin Laden were based in Afghanistan where Mullah Omer and Taliban regime were hosting them without knowing the international activities of the group.

After the attacks US government gave warning to Taliban regime to hand over Osama bin Laden and in Associates for the crimes they committed. Taliban regime asked for evidence.  It was provided but Taliban refused to accept it .

It is said Mullah Omer genuinely believed that OBL or Al Qaeda was not capable of doing such atrocity in far country like America. And it was his duty as a Muslim and Pashtun to protect his guest. As a result of refusal to handover OBL USA and Allies launched Invasion of Afghanistan.

. President GW Bush in his Statement given after the start of the US and British military strikes on targets in Afghanistan on Sunday, 7th October 2001. Defined the objectives of war on Afghanistan in following words . he said

…On my orders, the United States military has begun strikes against al-Qaeda terrorist training camps and military installations of the Taliban regime in Afghanistan…..


…Our military action is also designed to clear the way for sustained, comprehensive and relentless operations to drive them(Al Qaeda) out and bring them to justice….

Technically speaking US has won the war in Afghan theater because the main Aim of war was to destroy and dismantle Al Qaeda network in Afghanistan. Majority of top al Qaeda leaders like Khalid Sheikh Muhammad, who were behind 911 terror attacks are either captured or are killed or are hiding here and there to save their lives.

US and Allies aimed at dismantling Al Qaeda network. They succeed in it and there is no doubt about it.  Al Qaeda is on run and is trying to seek refuge in Yemen and Somalia.

Al Qaeda has a Global Takfiri  agenda and containing  it is very  necessary for peace in Muslim Ummah and in the World . US and Civilized world is in fact  helping Ummah against Fitna of Takfir.

Whereas looking at the history of Taliban, one concludes that they were the reaction to warlordism and anarchy prevailing in post Soviet Afghanistan. Taliban had only nationalist agenda and in words of Bob Baer, ex CIA station Chief (The Platform episode 14  a joint project of express 24/7 and Voice of America, 10 Aug 2010, Express 24/7)

Taliban were ready to hand over OBL to some neutral country but US in emotions denied the offer.

After the invasion of Afghanistan US played in the hands of Anti Taliban NORTHERN ALLIENCE (Northern Alliance leader Barhanuddin Rabbani was the one who invited OBL to Afghanistan).

Northern alliance or NA was alliance between anti Taliban Tajiks, Uzbeks, Hazara, Nouristani and Some Pashtun war lords.  NA was dominated by Tajiks who had historical grudge against Pashtuns.  After the invasion of Afghanistan, this grudge resulted in Genocide of Pashtuns in North Afghanistan and discriminations at every level by the hands of NA commanders, unfortunately US and NATO un intentionally took part in all this.

Due to discriminations with Pashtuns, Taliban movement started changing into Pashtun National struggle . Today Taliban movement is getting stronger. US and European analysts are failing to understand why?

It’s the presence of foreign forces in Afghanistan and nepotism and corruption of Afghan government which is fueling Taliban movement.  Historically Pashtuns and Afghans never liked foreigners in their land. Secondly, US and NATO‘s presence has created an unnatural balance of Power between different ethnicities. Pashtuns who are majority are feeling as a loser in whole this game.

US have achieved the objectives in Afghanistan. Al Qaeda is on the run. Presence of US and other foreign forces in Afghanistan means more casualties and more wastage of resources.

It’s an avoidable Pyrrhic victory but only if something is learned from history. New competitors of US are emerging in world. Era of Unilateralism of USA is about to end in near future. Now EU, China and Russia are emerging as challenger to US hegemony. It will be foolish for US to insist staying in Afghanistan. China, Russia and Iran etc all will like to seek revenge from US in Afghanistan , and as out of Region Powers US and ISAF have to suffer.

On Other side, if US and ISAF leaves, Technically Taliban will also win the war. They can say they forced invaders to withdraw. So there will be win-win condition for both US and Taliban. For US because it defeated AL Qaeda in Afghanistan  and for Taliban because they made Invaders leave.

My point is, this scenario will be beneficial for both parties.  According to experts in future Taliban will never give base to any Al Qaeda like group in Afghanistan. Bob Baer even recommends that NATO and ISAF should hand over the security of Kandahar to Taliban and gradually start the withdrawal so that US Taliban relations can improve. It’s the fact US or any Power cannot defeat a nationalist movement and in 9 years US and Europe has failed to defeat so called Stone Age Pashtun worriers and I strongly believe in next 9 years and then again in next 9 years things will remain same for Americans.

If US and Taliban comes to some understanding it will at one end, help US to further its interests in Central Asia and on other save it from loss of precious lives in sense less war against Pashtuns.

Like US and Civilized world, Taliban also went through shock due to Al Qaeda. It’s now up to US and its allies to bring realization in Ranks of Taliban who is the real enemy. Real enemy is Al Qaeda.

As for Brutalities and conduct of Taliban during their rule, we must understand Afghan and Pashtun way of Life. The abuses attributed to Taliban were much smaller than those committed by Tajiks and Uzbeks during post Soviet era to Afghans.

Afghans have culture and way of life. It may have some draw backs when compared to modern world. But each Pashtun or Afghan is proud of his culture. You can bring change only by education and interaction not by dropping Daisy cutters or J-Dams.

I strongly believe reconciliation between US and Taliban is the only way forward. Bringing Pashtuns in main stream politics and giving them there share according to their percentage will bring peace in Afghanistan. Egoism is the biggest hurdle and US should understand that it has won the war and there is no need of further loss of life and material.