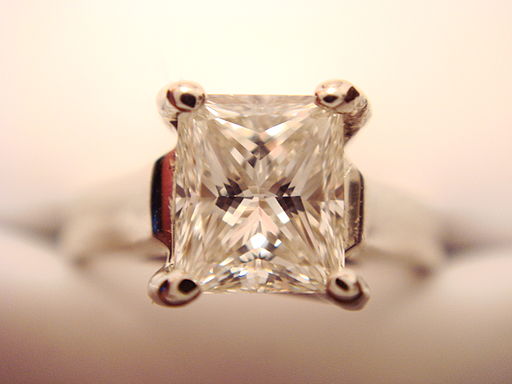 The recent auctioning of the unique Pink Star diamond for a cool $71.2 million underscored a hard-to-miss point with investors around the globe: Why dabble in real estate when there are fancy colored diamonds to buy, and with less market volatility?

Not all colored diamonds, of course, are in the class of the Sotheby’s-auctioned gem. (The winning bid came from Chow Tai Fook, the Hong Kong jewelry firm.) But they’re still an investment to be counted on, especially given their returns versus other assets.

“The Pink Star sale had the investment community abuzz. It was the exciting pinnacle of what’s been an upward market trajectory for colored diamonds generally, but especially for the rare and much sought-after pink stones,” said Michael King, Director of Trading for Paragon International Wealth Management. Toronto-based Paragon International Wealth Management is a leader in acquiring and managing hard investment assets, with a specialty in fancy colored diamonds.

Colored diamonds are rare, produced by only a few mines. The Argyle diamond mine in Australia, for example, is the world’s largest diamond producer and known for its pink diamonds. The Pink Star, however, was mined by DeBeers in 1999 in South Africa.  These diamonds’ colors are a result of a chemical element like boron or nitrogen being trapped during its formation.

Their scarcity is behind the value of fancy colored diamonds. It’s been growing since the 1970s, but really booming since 2009. Colored diamonds generally have grown 142 percent over the last decade, but the pinks have really soared: The Fancy Color Research Foundation puts their growth rate at 315 percent, while blues have experienced a more sedate surge of 154 percent.

While that’s less, perhaps, than the gains you’ll see in other luxury items like vintage cars (up 460 percent) and classic wines (up 240 percent), you also don’t see such items also commanding the same level of absolute dollars.

Paragon International Wealth Management’s King points out that colored diamonds are an investment, and being bought more by investors than by jewelers. In fact, he says, “You may see some of these diamonds being used in rings, but that’s typically because it’s an easier way to store them than keeping them loose in a bag.”

He cautions that getting in on the market boom is not for the uninitiated. Auctions like Sotheby’s for the Pink Star and the 2016 sale of the Oppenheimer Blue by Christie’s for $35.5 million account for only 12 percent to 15 percent of colored diamond sales.

Otherwise, sales are conducted through private deals or tenders – which aren’t necessarily conducted like auctions. The annual Argyle Pink Diamond Tender, for example, allows only a single bid on each diamond. Bidders don’t know what others are bidding. The highest bidder wins.

“That lack of opacity in diamond sales makes it difficult for investors to have a solid grasp of what the market price should be,” King adds. “Those interested in entering the market should enlist a qualified expert, like an authorized dealer, to guide their negotiations.”

Over the long term, those with the financial wherewithal can do far worse than getting up to speed on colored diamonds and testing this investment market out. “Diamonds are an investment that are pretty impervious to typical market fluctuations,” says King. “They’re not just something beautiful to admire when times are good. They’ll shield your money when the going’s tough.”

Filed under: Business, Investing and Saving
Share Tweet Pin G Plus Email
previous article: How To Get Advice In Your Career Path
next article: Fred? The Latest Google Algorithm update in March 2017 and Tips on What Not to Do to Avoid this Penalty