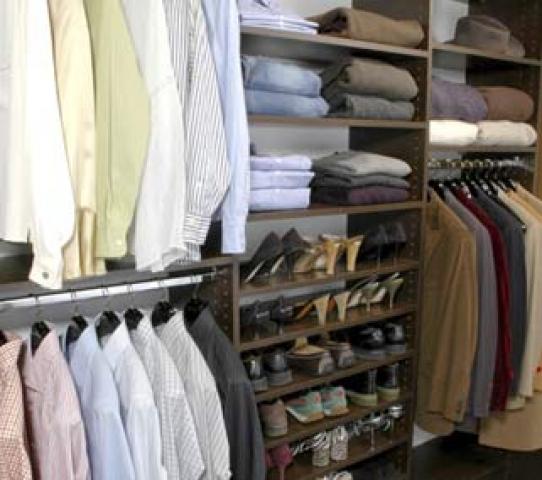 When the United States exited the last depression in 1946, it was on the back of 15 years of under-consumption and pent-up demand. The average American male owned four pairs of pants. Poor families had to wash their underwear every night to get by. Owning a car was the mark of a middle class family. No one had a granite kitchen counter. The average American home was 983 square feet.

This depression which started in December 2007 will not end until the over-consumption of the past 60-year boom cycle has been used up – my biblical estimate is seven years of lean or 2014. The depression could last that long – even with TARP and TALF and the Economic Stimulus Package –because Americans have accumulated an enormous number of things on the backs of cheap emerging markets labor. As a case in point, today I decided to clean the mudroom cubbies and closet in my home. In these receptacles, I found the following items.
Coats -35
Scarfs – 48
Winter Hats – 23
Baseball Hats -34
Gloves – 16 pairs, 15 unmatched
Pairs of Boots and Shoes – 38 pairs
Handbags – 8
Canvas shopping bags – 4
Swimming Goggles – 4
I suspect that we are not such an atypical American family. Our house is slightly larger than the average at 2,600 square feet for the Northeast. We do have the ultimate triple play in home entertainment: TIVO + Netflix + FIOS.  We have three older children living away from home who visit on the holidays. We have been in the same house for 17 years (except for ten months during the dot.com bubble in California).
In all likelihood, if forced by want, we could make do with this stuff for years – if not forever. So the thing that should keep the Obama Administration up at night is the prospect that Americans will just use what they already have and stop buying discretionary items for the next couple of years.   Unfortunately, anecdotal evidence indicates that this behavior has already kicked in and that the striving classes now considered shopping to be gauche.   Everyone should check their 401K and make sure it is not long VISA and/or Mastercard.
I read in the newspaper that in 1932 automotive production dropped 90% from its peak. This could happen in the US today because virtually everyone has a decent car and we can all stretch a few more years out of the jalopy.
So the challenge facing the American Government is to find a way to create demand in a population that has everything that it needs and more. Perhaps the Obama Administration should pay me the replacement value for my 48 scarves (probably about $1,500) as an incentive for me to get rid of them and buy some new ones freshly imported from China or some other emerging market. If I was the Chinese and I looked in an overstuffed American closet or playroom or cupboard, I would be afraid, very afraid.
On the other hand, it is a great time to shop. Luxury designers gowns that were out of reach in 2007 are within reach in 2009. Italian sport jackets and slacks of the finest fabric and workmanship are available at the best stores for discounts up to 70%
Finally, for those of you reading this overseas, don’t hold your breath and wait for an American revolution. As long as Americans are more concerned about gaining weight than losing weight, the government is safe.
Average size of the American House   http://www.npr.org/templates/story/story.php?storyId=5525283
Filed under: Business, US
Share Tweet Pin G Plus Email
previous article: Global Warming: Two sides of mass-deception
next article: Election of DBA held