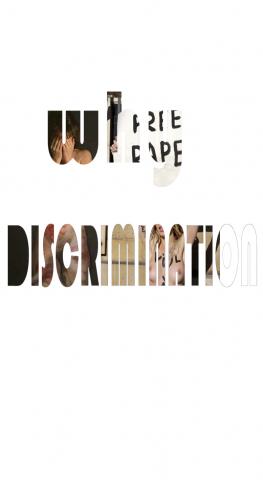 It is pretty amazing and shocking how WOMEN RAPE cases specially GANG RAPES are increasing all over the world. From the Delhi Rape case that shook the nation to the recent 5 years old underage rape case things are looking serious about women security and safety in India.

Recently in such ordeal a Nepali woman in her early 20s was GANG RAPED in the national capital New Delhi  on April 18, 2013. Despite the atrocious act the case was subsided by another RAPE CASE of a 5 years old child. The GANG RAPE case was overshadowed and was less prioritized. I’m not being bias about any of the cases but both the cases were hideous act against women but why one be so sensitized and another so marginalized ?

The Nepali woman was found in half-naked and semi-conscious condition near Nanakpura flyover in south Delhi around 7.30 a.m. and was taken to Safdarjung Hospital where she was treated.
According to the  police, " she was abducted from Kotla Mubarkpur area near South Extension in south Delhi April 17 night by three unidentified people, who raped and dumped her near the flyover."
Till now  nothing has been done, the police are just investigating. On the other hand in the 5 years old  under age rape case the culprit has been caught and is under trial.

The 57th session of the Commission on the Status of Women (CSW57) that took place at United Nations Headquarters in New York from 4 to 15 March 2013 has concluded its Member States to prevent and eliminate violence against women and girls. The conference which was themed Elimination and prevention of all forms of violence against women and girls was conducted successfully with the commitment from all the member state to fight against the cause.

BBC reports, "A bill containing harsher punishments for rapists was passed by India’s parliament earlier in March.The new law is a combination of just thinking about gender and existing patriarchal attitudes in society, as well as those ingrained in the colonial Indian Penal Code of 1860. It also reflects the government’s desire to be seen as tough on crimes against women.."

Discrimination on the basis of nationality is wrong. A crime is a crime which cannot be justified. Any crime as it happens, the culprits should be brought by the books or else if conditions are applied and If there are issues of manipulation then there is no JUSTICE. Then justice becomes JUSTICE DENIED.
WHY THIS DISCRIMINATION…..?
Filed under: Opinion, Politics
Share Tweet Pin G Plus Email
previous article: Enrollment in Government schools will enhanced
next article: Chinese intrusion motivated by trade interest : Dr. Jitendra