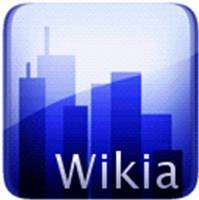 Wikipedia founder Jimmy Wales just announced the launch of Openserving, a site that offers free web hosting and wiki software. So how is that different from Wales for-profit Wikia? Well, it’s not. Yet. The big move that has guys like Reuters
declaring, “Wikipedia founder remakes Web-publishing economics” is
Openserving’s seeming encouragement of user-implemented advertisements.

Right now Wikia provides freely hosted collaboration sites built using MediaWiki software. But Wikia forbids users from implementing any ad that “has not been approved by the owner of Wikia." Openserving throws the doors wide open.

Openserving is also a much more ambitious project; Wales sees it as eventually
hosting a smorgasbord of publishing and collaboration software. Still,
it’s yet to be implemented, and Wales didn’t drop any specific software
names.

Further, Openserving’s flashy claim that users get 100% of ad revenue may be a bit deceptive. It’s 100% of revenues from ads that users implement themselves. Unlike sites like Newsvine or GroundReport,
Openserving isn’t plugging their users into a ready-made advertising
network. And since a lot of Openserving sites will probably be small
operations on the fringe-they won’t have the traffic or clout to pull
in big media buyers. In addition, it would unfeasible if not impossible
to regulate Openserving’s cut of its users’ ad revenues. Unless, that
is, they implemented a site-wide ad server that tracked dollars.

It’s not out of the question. In an interview with TechCrunch,
Wales said, “We may at one point offer a service to broker those ads
but that’s not our model right now.” They should keep it in mind. By
building an ad system in Openserving’s open content space, Wales could
create the next Google AdSense.

But Wales seems to be uninterested in business models right now, an attitude that has critics crying Bubble 2.0. When questioned about how Openserving will make
money, Wales told TechCrunch, “Our model is basically to say ‘You keep
the ad revenue, we’re not really worried about that.'” He echoed the
statement to Reuters, with the unconvincing statement that, “We don’t
have all the business model answers, but we are confident–as we always
have been–that the wisdom of our community will prevail.”

Maybe he’s just being coy. After all, it was announced last week that Amazon would invest in Wikia, though terms were not disclosed. Many have speculated that this investment enabled Openserving’s grand plans and launch.

Regardless of all the underlying motivations and unrealized plans, Openserving’s
announcement is more proof that open content, advertising and the new
ingredient of user compensation are becoming more and more intertwined.
It’s not surprising that a man so familiar with collective creativity
on the web would be at the forefront of the trend.

Filed under: Media & Tech
Share Tweet Pin G Plus Email
previous article: ‘Tiz the Season to be Jolly (for real)
next article: An Epidemic