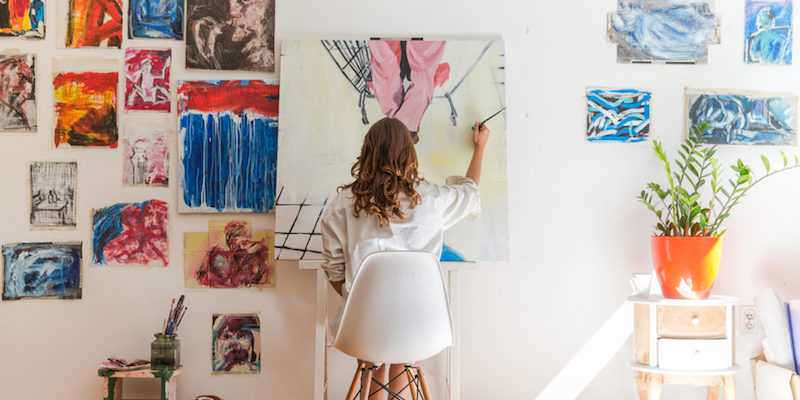 According to the 2017 Knight Frank Luxury Investment Index, fine wine has been supplanted by art as the most popular passion investment—a term meaning collectibles that people take pleasure from owning, such as watches, classic cars and stamps. The report shows that the wealthy spent more money on art than ‘investment grade wine’ in 2017, with average value of art sold at auction rising by 21%, hugely overshadowing wine’s growth of 11%. This marked the first time in seven years that art had superseded fine wine in investment terms. With this stunning turnaround in art’s fortunes, could it replace fine wine as the passion investment of choice in the long term?

The public has a growing appetite for different types of art

Art’s outstanding performance during 2017 does suggest that the tide could be turning in its favour. Andrew Shirley, editor of The Wealth Report and Knight Frank Luxury Investment Index, says that the increase in demand for African and Chinese art was a particularly important factor in art’s resurgence as  investment. He pointed towards the 1974 painting of Adetutu Ademiluyi, a Nigerian princess, as an example of the its popularity. Painted by Nigerian artist Ben Enwonwu, ‘Totu’ sold for £1.2 million ($1.67 million) earlier this year. Africa’s art scene is booming overall, with many other contemporary African artists also gaining significant ground on the international market. China’s art market saw a remarkable surge in popularity in 2017, and it is now the second largest art market worldwide behind the US. It accounts for 21% of global sales by value, with Chinese art sales increasing by 14% to $13.2 billion from 2016 to 2017, according to the Art Market Report 2018.

As well as the increasing demand for art from international markets, there are a number of other reasons why art could continue to grow in popularity. Unlike wine, art has aesthetic value; buyers are often primarily motivated by fashion, rather than a desire to make money. In fact, according to The Wealth Report, compiled by both Knight Frank and real estate firm Douglas Elliman, the ‘Joy of Ownership’ is the number one motivation for wealthy individuals to buy art. While wine will simply sit in a cellar whilst its owner waits for it to accrue value, a work of art can look great on an investor’s wall. In addition, investing in art may be less risky than investing in wine. Art buyers with sufficient funds can play it safe by investing in household names like Pablo Picasso, whereas wine investors must learn about the multitude of different factors which can affect a wine’s ROI.

Don’t write off wine just yet

That said, it may be unwise to state that art will become the passion investment of choice. Even though more was spent on art in 2017, it has experienced a lot less overall growth than wine over the last ten years—only 78% in comparison to wine’s 192%.This shows art has quite a way to go to represent the best passion investment in the long term.

Another reason not to write off wine is that it is generally much easier to sell than art. Many art investors find it difficult to sell online and are inconveniently forced to rely on physically attending auctions. According to the Hiscox Online Art Trade Report 2018, the number of buyers who bought art online fell from 2016 to 2017, ‘which could suggest that the online art market is struggling to convert hesitant, as well as occasional online buyers into repeat customers.’ Some of the reasons given for this were a lack of price transparency, a lack of guarantee of quality and the costs and complications around shipping and logistics.

Conversely, the online wine selling market is flourishing; revenues have increased by 42% since 2011, whereas the revenues of live auctions have fallen 31% in the same period. Mobile-only auctions are particularly popular, and WineBid chief executive Jerome believes a major reason behind this is that the anonymity of online sales makes them less intimidating. As well as auctions, there are also many companies that can help investors sell their wine online, such as The London Wine Cellar. By examining all the positive attributes of a bottle of wine–like the condition of the bottle, the history of its provenance and how it’s been stored, this allows fine wine sellers like The London Wine Cellar to explore the marketplace and achieve the best possible price for their clients. Naturally, this all adds to the ease with which investors can sell their wine.

Additionally, it may be premature to declare art the better investment when you consider that many pieces of art sell for millions, putting them way beyond the means of the average investor. In comparison, wine is much cheaper to invest in, with the most expensive wine ever sold ‘only’ auctioned for $350,000. Compare this to the record breaking $450 million splashed out on da Vinci’s Salvator Mundi painting. The art market can also ‘be illiquid, volatile and subject to painfully high transaction costs’, according to FT, and is extremely fashion driven.

Filed under: Art, Lifestyle
Share Tweet Pin G Plus Email
previous article: Small Brand Changes that Have a MASSIVE ROI
next article: Email Automation as a Way to Improve Your Business Productivity